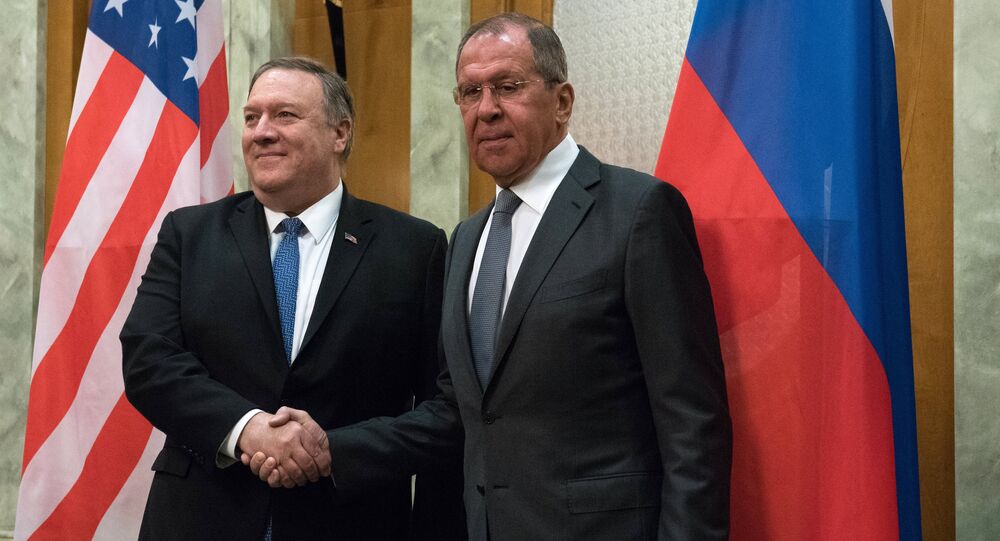 Earlier in the day, the US Treasury Department designated a Russian-based maritime company, three Sovfracht directors and five vessels for an alleged scheme to evade sanctions to facilitate the delivery of jet fuel to Russian forces operating in Syria.

US Secretary of State Mike Pompeo accused Iran and Russia of "fueling" violence in the Syrian Arab Republic, noting that the US "supports @UN efforts to end military violence in #Syria."

The Russian Foreign Ministry, reacting to the development, noted that the US has "excelled its own recklessness" and exposed Washington's support for terrorism by introducing sanctions against Russian entities, individuals and vessels involved in jet fuel deliveries to Russian military personnel operating in Syria.

The Russian Foreign Ministry observed that Moscow had repeatedly noted Washington "patronizing" terrorists allied with Hayat Tahrir al-Sham* - formerly known as the Nusra Front* - providing them with means and protection, despite the group being a "direct successor" to the al Qaeda* terror group.

"The United States has exposed its open support for terrorism. For Russia, the sanctions are nothing new. Fighting terrorists in Syria will continue despite the United States patronizing them and illegally occupying a part of this sovereign country’s territory, hampering the settlement of the Syrian conflict. We decisively condemn the cynicism and unscrupulousness of Washington’s policies," the foreign ministry noted.

Russia, Turkey and Iran are the ceasefire guarantors in war-torn Syria. Russia carries out humanitarian operations across the country on a regular basis and helps Damascus in providing safe passage for the return of Syrian refugees.

In September, Russian President Vladimir Putin said Russia will continue supporting the Syrian army to stem the terrorist threat in the country. Idlib, Putin affirmed, is controlled by radical groups affiliated with the al-Qaeda* terrorist organization, and Russia - together with Turkey and Iran - are determined to put an end to the tense situation.

*Terrorist group outlawed in Russia and many other countries.