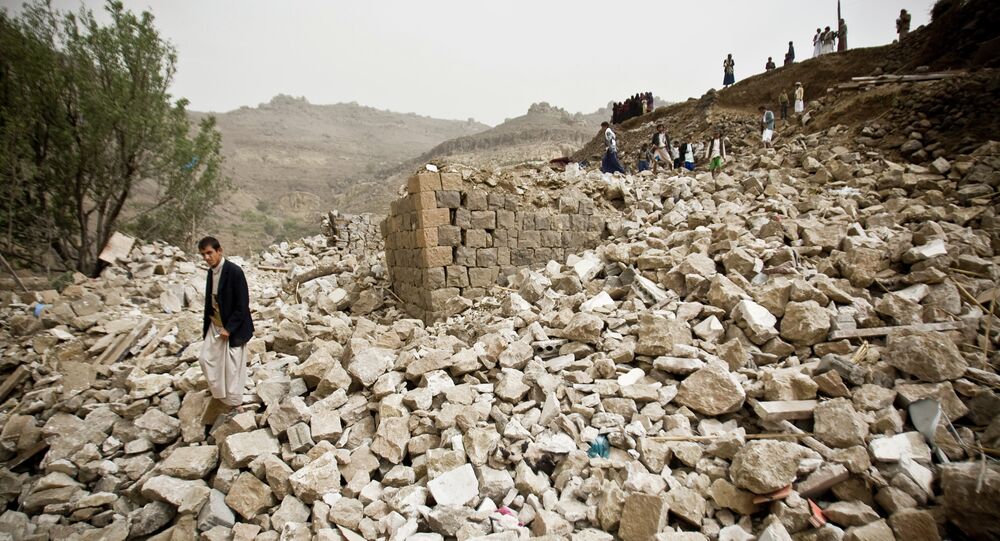 At least five civilians were killed on Monday and two children remain missing as a result of airstrikes conducted by the Saudi-led coalition on Yemen’s northeastern province of Amran, media reported.

According to the Houthi-backed Al-Masirah broadcaster, the coalition carried out three raids in the Al-Sawad area of Amran.

On Sunday, two people were killed as a result of the coalition’s airstrike in Harf Sufyan district of the province.

The airstrikes come amid recent drone attacks on Saudi Aramco's oil facilities, which forced the Saudi Arabian national oil company to shut down its Abqaiq and Khurais facilities. Although the responsibility was claimed by the Houthis' military wing, Riyadh and Washington have put the blame on Iran. Tehran has refuted the accusations, calling them entirely baseless. Iranian Foreign Minister responded to the allegations by saying that Trump administration's "maximum pressure" policy had turned to "max deceit".

On Sunday, Houthis warned Saudi Arabia of more damaging attacks on the country's vital facilities unless the kingdom halts military action against Houthis-controlled territories in Yemen.

Yemen has been engulfed in an armed conflict between the government forces, led by President Abdrabuh Mansour Hadi, and the rebel Houthi movement for several years now. The Saudi-led coalition has been carrying out airstrikes against the Houthis at Hadi's request since March 2015.