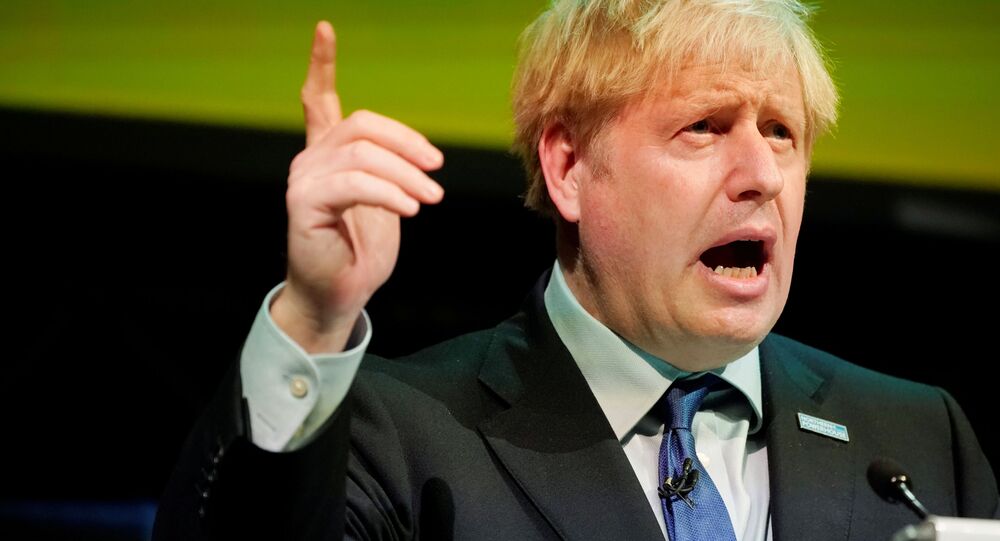 "We will be working with our American friends and our European friends to construct a response that tries to de-escalate tensions in the Gulf region," Boris Johnson said.

Boris Johnson noted that the UK may participate in the US mission to defend Saudi Arabia.

“Clearly if we are asked, either by the Saudis or the Americans, to have a role then we will consider in what way we can be useful,” he said.

Last week, the drone attack on Saudi Aramco forced the Saudi Arabian national oil company to shut down its Abqaiq and Khurais facilities. Although the responsibility was claimed by the military wing of Yemen's Ansar Allah movement, also known as the Houthis, Saudi Arabia and the United States have put the blame on Iran.

In turn, Tehran has refuted the accusations.

Both the US and Saudi Arabia didn’t take any retaliatory action against Iran, although on Friday the Pentagon announced that it will deploy additional US troops and missile defence equipment to Saudi Arabia and the United Arab Emirates.

Earlier, US Defence Secretary Mark Esper and Chairman of the Joint Chiefs of Staff Gen. Joseph Dunford announced that the US would be sending some of its forces to Saudi Arabia "in response to the Kingdom's request". Esper added that the deployment of US forces will be defensive in nature.