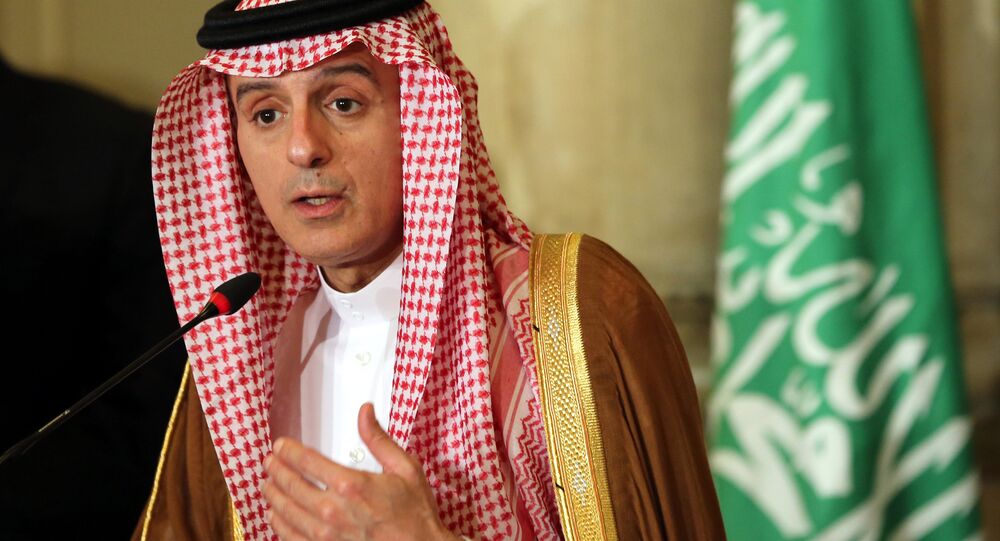 Iran’s recent warnings to Saudi Arabia are “ridiculous” and “laughable,” al-Jubeir told CNBC amid ongoing investigations in Saudi Arabia, who suspects Iran to be responsible for a major attack on its oil facilities. He spoke out after Iranian Foreign Minister Javad Zarif said in an interview Friday that he hoped to avoid conflict, but that Iran was prepared for “all-out war” in the event of an attack by Saudi or US forces, asking whether Saudi Arabia was ready to fight “to the last American soldier.”

“This is not the first time Iran’s foreign minister has said something ridiculous and frankly laughable,” al-Jubeir told CNBC’s Hadley Gamble in Riyadh on Saturday. “The attack that Iran conducted was an attack against the whole world, not just Saudi Arabia. And now they’re trying to justify it, they’re trying to find ways to create divides.”

The minister stressed that Saudi Arabia, who was criticized for having failed to effectively counter the drone and missile attacks, was responsible for its own defences, while stressing the international community’s role in reining in what he called Iran’s “aggressive behaviour.”

“It is our responsibility to protect our borders, our people, our infrastructure— but the world also has responsibility to make sure Iran isn’t allowed to get away with murder, to ensure freedom of navigation in the Gulf and the Arabian Sea so global energy supply isn’t disrupted,” he said.

He also criticized the trade mechanism that has been developing in Germany and France to bypass US sanctions as an example of “appeasement,” arguing that it will only condone the country’s behaviour.

Both the US and Saudi Arabia didn’t take any retaliatory action against Iran, although on Friday the Pentagon announced that it will deploy additional US troops and missile defence equipment to Saudi Arabia and the United Arab Emirates. The head of the Islamic Revolutionary Guard Corps, Major General Hossein Salami, reacted to the news by warning that any country attacking Iran will become the "main battlefield." Iranian President Hassan Rouhani, for his part, warned that the Iranian military would down all drones violating the country's airspace.