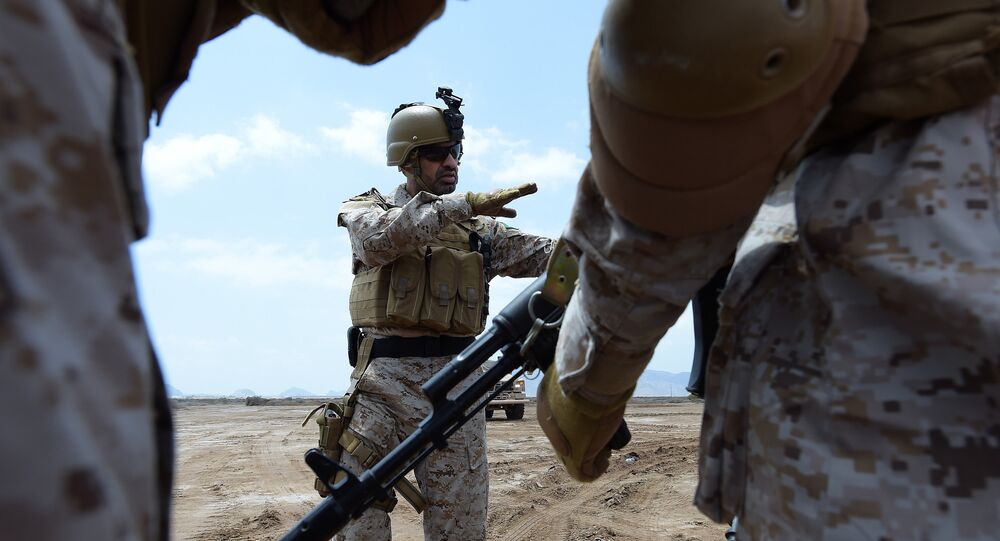 MOSCOW (Sputnik) -The Saudi minister of state for foreign affairs, Adel Jubeir, said on Saturday that Riyadh will do everything to protect the country amid escalated tensions with Tehran over the recent drone attacks on Saudi Aramco's oil facilities, noting, however, that a war with Iran is the "last option."

Earlier, Jubeir has again blamed Iran for launching a mix of drone and missile attacks on Saudi oil installations. The commander of the Iranian Armed Forces' Islamic Revolutionary Guard Corps, Hossein Salami, said earlier in the day that Tehran was ready to "respond to any aggression."

"We have a responsibility to defend our country and to ensure that no harm comes to our country and our peoples. And so we will do whatever it takes to prevent our country from sustaining damages. Preparing for war? War is always the last option," the minister told the Sky News broadcaster.

The minister added that Iran had been "aggressive" for 40 years, accusing Tehran of sending militias to Syria, Iraq and Yemen, as well as "destroying Lebanon through Hezbollah."

Last week, the drone attack on Saudi Aramco forced the Saudi Arabian national oil company to shut down its Abqaiq and Khurais facilities. Although the responsibility was claimed by the military wing of Yemen's Ansar Allah movement, also known as the Houthis, Saudi Arabia and the United States have put the blame on Iran. Tehran has refuted the accusations.