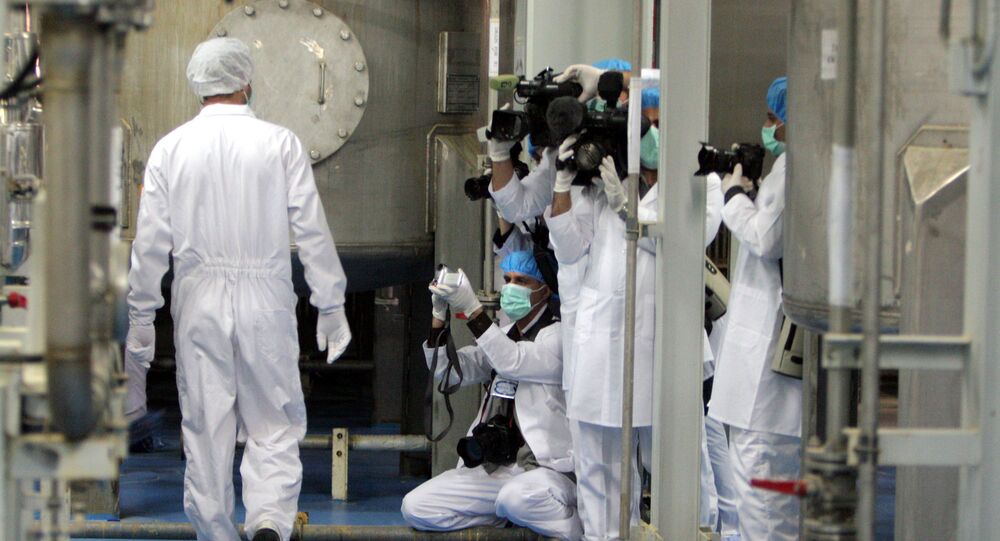 VIENNA (Sputnik), Valentina Shvartsman - Tehran will continue to partially reduce its nuclear-related commitments under the Joint Comprehensive Plan of Action (JCPOA), also known as the Iran nuclear deal, but will make a decision on the next steps depending on the actions of other parties to the agreement, Kazem Gharib Abadi, said in an interview.

"There are options on the table, but no decision has been taken for the fourth phase ... Every 60 days Iran will cease some of its obligations partially ... But what would be the options - it depends on the facts on the ground. So it does not mean that [it is] necessary for the next phase Iran will cease all its obligations under the deal", Gharib Abadi, Iran's permanent representative to international organisations in Vienna, said.

The diplomat explained that Iran's actions were not aimed at "destroying" the nuclear deal, stressing that if Tehran wanted to do so, it could have followed the US suit and withdrawn from the agreement, but it chose to save it and work with other parties.

"The nature of the actions that we are doing is to preserve the JCPOA rather than its destruction. This is the case, so we are continuing this incremental step and approach ... At this stage our approach is to continue to reduce our obligations on a 60-day basis", Gharib Abadi stressed.

Since May, Iran has been discontinuing its obligations under the deal every 60 days in response to Washington's unilateral withdrawal from it and the pressure of renewed sanctions. While European signatories claim that they remain committed to the deal, Tehran says that since the United States' exit, Europe has failed to ensure the sanctioned country's interests under the agreement. The third round of Iran's scrapping of the accord started earlier in September.

Iran's permanent representative to international organisations in Vienna Kazem Gharib Abadi continued by saying that Iran is not carrying out any clandestine activities aimed at developing nuclear weapons, as claimed by Israel.

When asked about recent media reports on uranium traces found by IAEA experts at a Tehran facility previously claimed by Israel to be an "atomic warehouse", the diplomat declined to comment, citing confidentiality of the concrete aspects of cooperation between the UN nuclear watchdog and Iran. He noted, however, that some 358 inspections from the agency visited Iran over the past year, noting that the relevant local authorities have closely cooperated with the organisation.