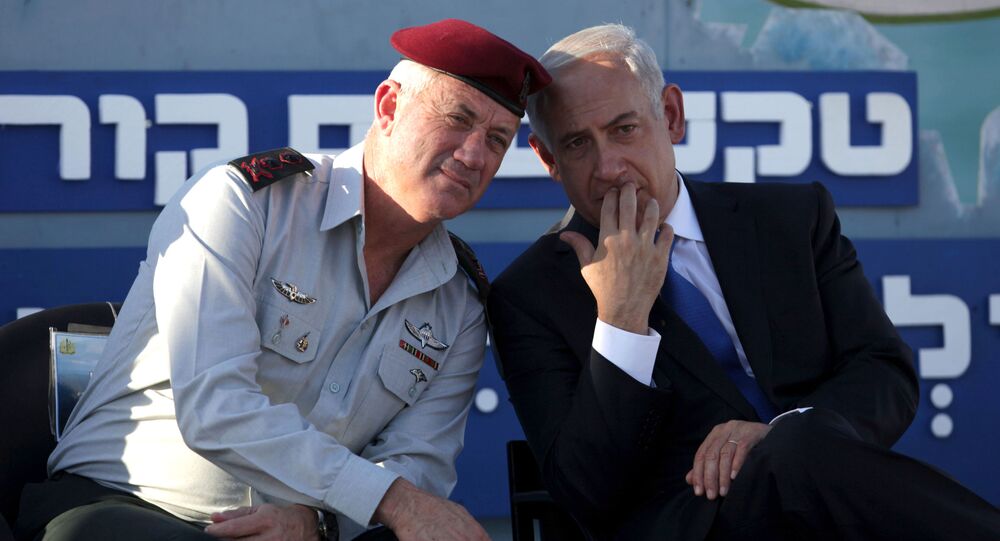 According to preliminary results from the recent elections, Benjamin Netanyahu's right-wing party Likud has gained 31 of 120 seats in the parliament, while the opposition Blue and White alliance, led by Benny Gantz will be represented by 33 MPs.

Israeli Prime Minister Benjamin Netanyahu has called on his opponent ex-general Benny Gantz to form a broad coalition in order to secure a parliament majority (over 60 lawmakers) and establish a government.

"Benny, it is on us to form a broad unity government. Today. The nation expects us, both of us, to accept responsibility and work together", Netanyahu said. "So I'm calling on you, Benny, let's meet today, at any hour, to advance this process that is the mission of the hour. We cannot go to third elections, there's no reason to – I oppose it".

The opposition leader responded by saying that the country needs a unity government, noting, however, that he should be the next prime minister. His party rejected the possibility of joining the coalition if Netanyahu remains the head of the government.

"I was surprised and disappointed that at this time Benny Gantz still refuses to respond to my call for a meeting. The president called for unity, and without talks between the two major party leaders, a unity government cannot be formed. The State of Israel needs a broad unity government - not a re-election and certainly not a cabinet that relies on anti-Zionist parties...", the incumbent PM said on Twitter.

In the meantime, Avigdor Lieberman, whose party Yisrael Beiteinu previously left an alliance with Likud, triggering the elections, also stated that he would only support a broad coalition which includes both Likud and the Blue and White alliance.

© REUTERS / CORINNA KERN
An man takes a selfie with his mobile phone as he casts his ballot in Israel's parliamentary election, at a polling station in Tel Aviv, Israel September 17, 2019

Gantz has previously insisted on forming a unity government with Likud but without the incumbent prime minister.

The Israeli Central Elections Committee said that the Blue and White alliance has won 33 seats, Likud is second with 31, the Joint List of Arab parties received 13 seats, ultra-Orthodox parties garnered 17 seats in total, while secularist Yisrael Beiteinu is projected to have eight legislators in the Knesset.

After the snap vote, the centre-right and centre-left blocs both won around 56 seats, which is not enough to lead the country without help from the opposite side.