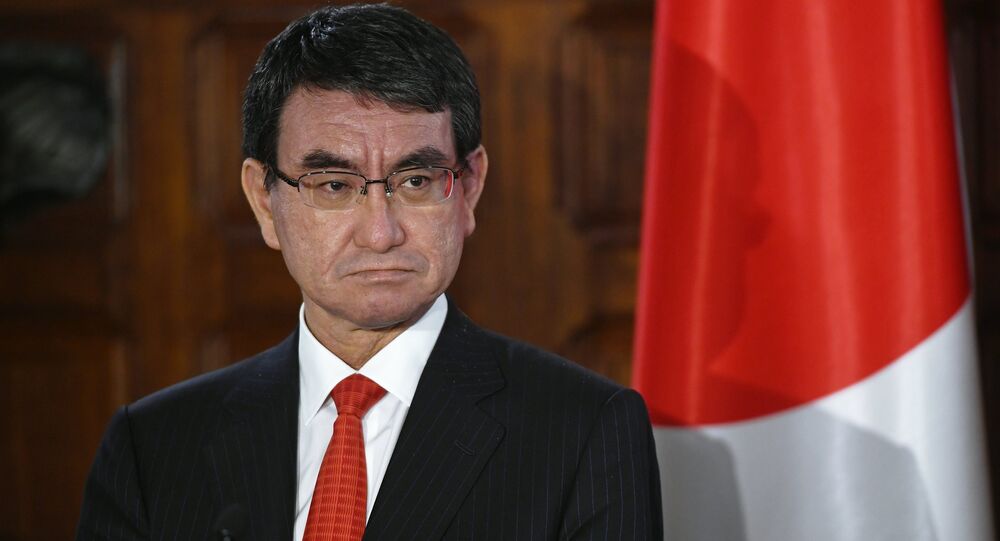 Japanese Defense Minister Taro Kono told reporters on Wednesday that he has not seen any intelligence indicating Iran was behind the attacks on Saudi Arabian oil facilities over the weekend.

"We are not aware of any information that points to Iran," Kono said during a press briefing, opposing Saudi and Trump administration suggestions that Iran was to blame for the recent attack on Saudi Aramco facilities.

“We believe the Houthis carried out the attack based on the statement claiming responsibility,” Kono said.

Kono said Japan, an ally of both Iran and the US, is still in the process of determining who was behind the attacks, which were allegedly carried out by drones.

"Given Japan's strong ties with the US based on the US-Japan Alliance, and the relationship of trust that Japan has with various countries located in the Middle East, Japan is in a position to fulfill a mediating role," said Kono.

Earlier on Monday, Japan’s defence minister said his country cannot participate in any military retaliation because of constitutional restraints and would instead pursue a diplomatic solution to the current crisis in the Middle East region.

French Foreign Minister Jean-Yves Le Drian also said on Tuesday that he is not aware of evidence demonstrating Iranian involvement.

"Up to now France doesn't have proof permitting it to say that these drones came from such and such a place, and I don't know if anyone has proof," said Le Drian. "We need a strategy of de-escalation for the area, and any move that goes against this de-escalation would be a bad move for the situation in the region."

​Over the weekend, Saudi Aramco had to close two of its facilities after they were hit by drones and then caught fire. The incident led to a cut in oil production totalling 5.7 million barrels per day — about half of Saudi Arabia’s daily oil output. The closure of oil facilities has triggered a surge in oil prices worldwide. On Wednesday, the Saudi Defence Ministry organized a news conference to show journalists what it described as an Iranian cruise missile and Delta Wing unmanned aerial vehicles (UAV), saying that the attack was “unquestionably sponsored by Iran.”

US President Donald Trump also said during a meeting with Bahrain’s Crown Prince Salman bin Hamad Al-Khalifa on Monday that based on the evidence he'd seen, it appears as though Iran was responsible for the attack.