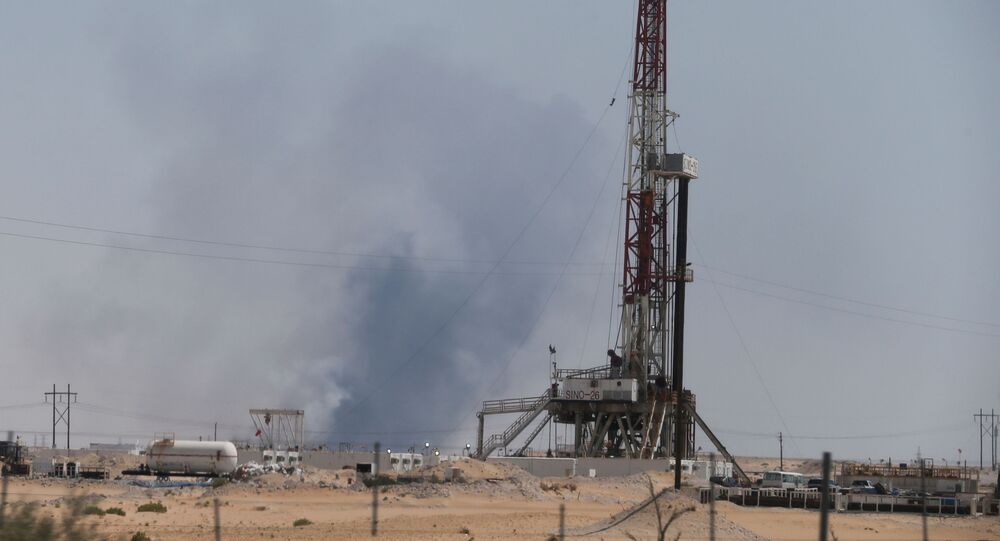 PARIS (Sputnik) - French experts will travel to Saudi Arabia at the request of Riyadh to take part in the investigation into the recent attacks on Saudi Aramco oil facilities, the Elysee Palace said on Wednesday after a phone conversation of French President Emmanuel Macron and Saudi Crown Prince Mohammed bin Salman.

On 14 September, two compounds, the Abqaiq and Khurais facilities, belonging to Aramco caught fire, after they were hit by drone strikes. The company had to shut them down, which resulted in a sharp drop in Saudi Arabia's net oil output and a subsequent spike in global oil prices.

"The president of the republic strongly condemned the attacks on oil facilities ... He assured the crown prince and the people [of Saudi Arabia] in France's solidarity in the light of these attacks and confirmed France's involvement in Saudi security and stability in the region ... In response to a request from the Saudi authorities, the president of the republic confirmed to the crown prince that French experts would be sent to Saudi Arabia to participate in the investigation aiming to shed light on the origin and conditions of the September 14 attacks," the statement said.

Despite the fact that responsibility for the attack was claimed by the military wing of Yemen's Ansar Allah movement, also known as the Houthis, the United States has blamed Iran for this incident instead, with Tehran stringently denying the accusations. Houthi rebels regularly conduct drone attacks on facilities in Saudi Arabia, which has been providing air support to Yemen’s internationally recognized government in its fight against Houthis since spring 2015.