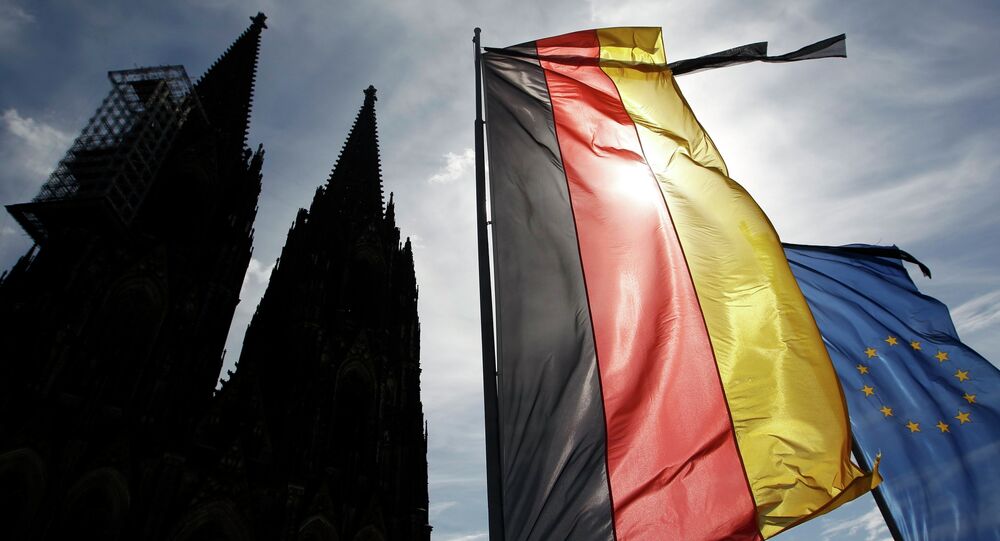 An Israeli activist protesting illegal immigration admitted to vandalizing the EU diplomatic mission on Sunday. It is not immediately clear if she was arrested for her stunt.

The European Union embassy, located in the town of Ramat Gan and next to Tel Aviv, was vandalized on Sunday with sprayed graffiti saying: “German Money Kills Jews.”

The graffiti was accompanied by fake blood sprayed next to the door.

Anti-migration activist Sheffi Paz admitted to the graffiti, saying that she did it with Merav Hagag, a mother who lost her son who was an IDF soldier in the 2017 truck-ramming attack in Jerusalem, according to a Times Of Israel report.

Israeli right-wing activist, caught on video, admits to vandalizing EU Embassy in Israel: Sheffi Paz, a far-right, anti-asylum seekers activist who has signed a deal with Ayelet Shaked, spray-painted the slogans: 'Get out EU' and 'German money… https://t.co/dInh6bCOYU Haaretz pic.twitter.com/5vOIRJxhAY

​“We came to tell the European Union we want it to withdraw its funds [from Israel] and stop supporting terrorists,” Paz said according to Ynet. She added that the EU should end support for “the families of terrorists, lawyers for terrorists and NGO’s which help them.”

Immediately after the graffiti attack, the two posted a video statement with similar message.

​The attack was condemned by Israel’s foreign minister Israel Katz, who called it a “disgraceful vandalism.”

“Israel is committed to maintaining the security of all diplomatic missions,” he tweeted, adding that police are investigating the case.

“The Israeli police are investigating the case, and I expect the culprits will be swiftly brought to justice,” the foreign minister wrote.

The EU mission also condemned the attack, calling it “deplorable” and added that it is now in contact “with law enforcement and with the Ministry of Foreign Affairs for the necessary follow up and to ensure that adequate security measures are taken."

“This incident aiming to intimidate the EU and its personnel is deplorable and should be condemned,” the mission’s spokesperson said, adding that the no diplomat was present in the building Sunday, when the vandals performed their actions.