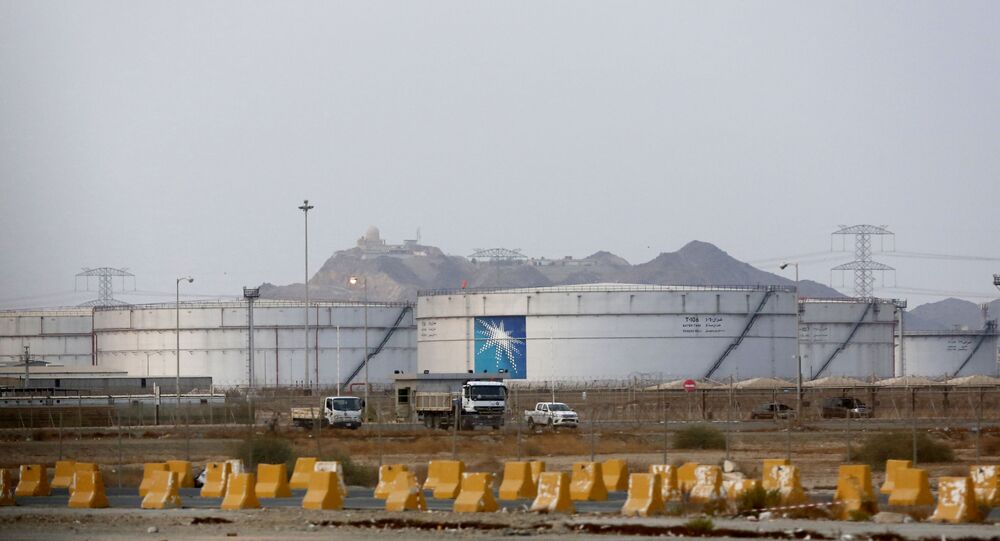 Two Saudi Aramco plants - in Abqaiq and Khurais - were attacked by drones in the early hours of Saturday, leading to massive fires and a suspension of the production of 5.7 million barrels of crude oil per day. The armed Houthi political opposition faction in Yemen earlier claimed responsibility for the attacks.

According to senior US officials cited by Reuters, the scope and precision of the attacks came from a west-northwest direction, suggesting that the launch was not made by the Houthis.

US officials note satellite images showing 19 purported impacts on the oil facilities, Reuters said, adding that the officials alleged that they have additional but as yet unrevealed evidence they will offer in the next few days that will prove their claim that the Houthis claims of responsibility are not credible, according to the media report.

Photos released by Trump administration show extent of weekend attack on Saudi oil industry. US officials say evidence now pointing towards cruise missile attacks from Iraq or Iran, not drone strikes from Houthis in Yemen. But no official assessments yet from DC or Riyadh. pic.twitter.com/0HDz4DFXnH

US officials, cited by Reuters, so far decline to say from where the attack was launched. "There are two options, and we have our opinion on which it was", US officials said, adding the Iraqi government declared that they were not behind the launches, Reuters reported.

According to Reuters, citing US officials, Washington is working with Saudi officials who allege that cruise missiles were used in the attacks on the Saudi Aramco oil facilities.

Over 17 devices were deployed, the US officials claimed, adding that not all of the devices reached their targets and some were recovered north of their intended destination, according to Reuters.

"The Houthi have never struck this far afield in the past because we don’t think that they have that capability. And the Houthis have never struck in this precise and coordinated fashion before", the US officials said, cited by Reuters.

US State Secretary Mike Pompeo earlier alleged that Iran had been implicated in the attacks. Tehran has called these allegations false.

Iranian Foreign Minister Mohammad Javad Zarif said on Sunday that the United States will not stop the war in Yemen - the region's poorest nation - by blaming Iran for everything.

The armed conflict in Yemen between government forces led by the exiled President Abdrabuh Mansour Hadi and the Houthis has been ongoing since 2015. The United Nations has repeatedly called the conflict in Yemen the world’s worst humanitarian crisis, with an estimated 24 million people - more than 80 percent of the country’s population - currently in need of aid.