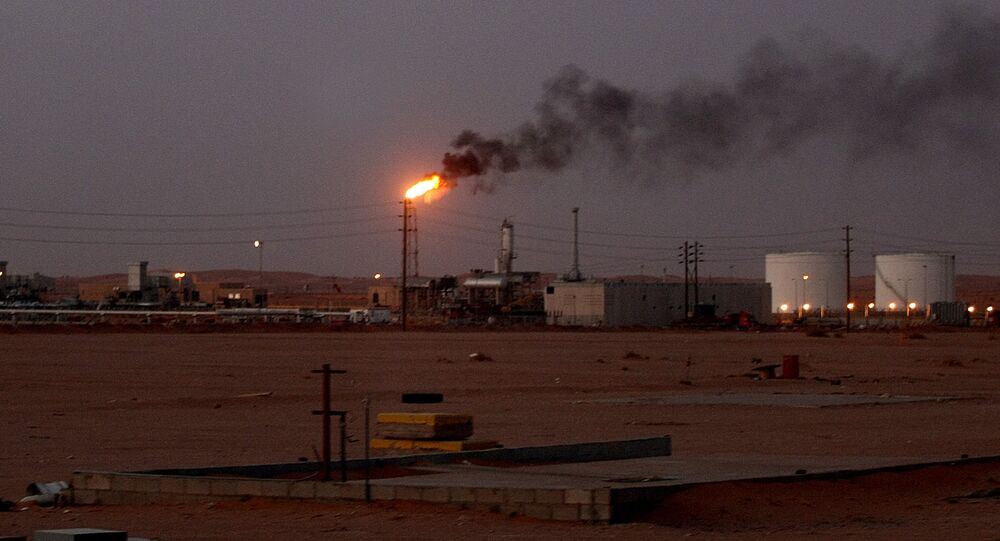 The Saudi-owned satellite channel Al-Arabiya has reported an explosion and fire at the Saudi Aramco Abqaiq facility in the eastern part of the kingdom.

There have been no reports of casualties or cause of the incident. According to the media report, the blaze was spotted early Saturday morning in Buqyaq, near Dammam, in the kingdom's Eastern Province.

Netizens have shared video showing a massive fire on the horizon, with alleged gunfire in the background.

According to the Al-Arabiya broadcaster, Saudi Arabian authorities are expected to issue an official statement on the cause of the incident.

Saudi Aramco is the state-owned oil giant which operates and controls the majority of the kingdom's refinery production and oilfields.

Yemen, the poorest nation in the the Arabian peninsula, has been engulfed in an armed conflict between government forces led by President Abdrabuh Mansour Hadi and the Houthi armed opposition faction since 2015. The Saudi-led coalition has been carrying out airstrikes against the Houthis at Hadi's request even as the militants retaliate against the attacks.