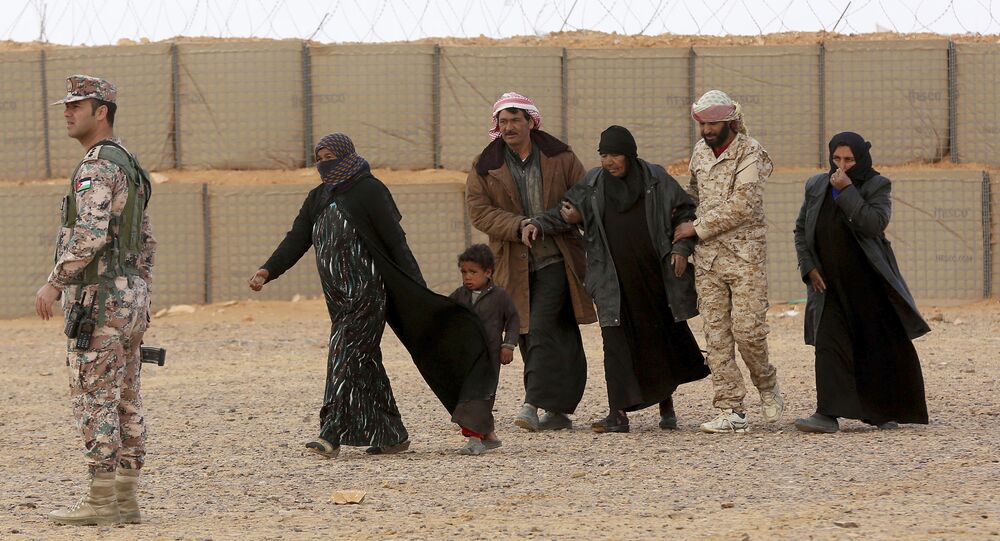 MOSCOW (Sputnik) - Militants have opened fire at a market in Syria’s Rukban refugee camp to disperse civilians demanding that delivered humanitarian food be distributed among them, the head of the Russian centre for Syrian reconciliation said on Thursday.

According to Maj. Gen. Alexey Bakin, citing the refugees, a significant amount of cargo earlier delivered by the United Nations and the Syrian Arab Red Crescent to Rukban has been seized by militants and moved to a base of the Kuwat Shahid Ahmad al-Abdo militant group, located to the north of the camp.

"On 11 September, militants opened fire with small arms at a market in Rukban to disperse civilians demanding food," Bakin said at a briefing.

The Rukban camp houses some 25,000 people in conditions described by the World Health Organization as "deplorable" - lacking food, access to medical care and basic amenities.

The camp is located in the US-controlled zone around its unauthorized military base at At-Tanf, making it hard for humanitarian workers to access the area.

Back in August, Russia’s Deputy Permanent Representative to the United Nations Dmitry Polyanskiy said that over 17,000 civilians had already left the camp with the assistance of Moscow and Damascus.

The Syrian government and the Russian reconciliation centre have been assisting those wishing to leave the camp. The Russian and Syrian governments have repeatedly tried to draw the world’s attention to the appalling conditions in which refugees live in the camp and to the United States' reluctance to let them leave the facility.

The US State Department has said the United States does not prevent anyone from leaving the Rukban camp.

US Army Turned Rukban Into Prison, Prevents People From Leaving It - Damascus