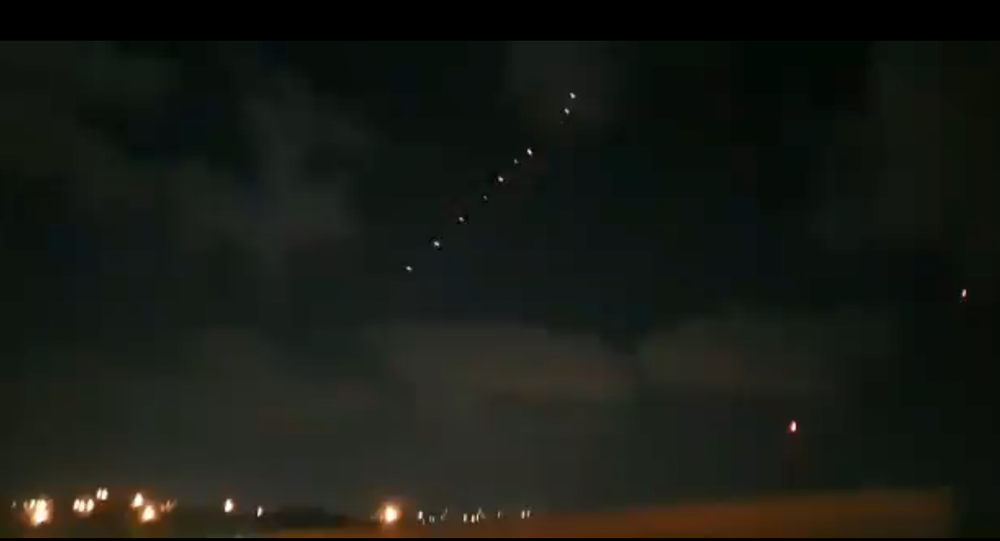 Rocket sirens sounded in the Israeli town of Zikim late Wednesday night. The town is just two miles from the border with Gaza.

Rocket sirens sounded in the coastal Israeli kibbutz of Zikim, which sits just two miles from the border with Gaza, and Iron Dome air defense systems were activated, according to an Israel Defense Forces statement. Video shot in southern Israel showed the Iron Dome missiles intercepting the incoming rockets.

​​​​Shortly beforehand, IDF aircraft were spotted carrying out airstrikes against the northern Gaza neighborhood of Beit Lahia. It was the third night in a row that Israeli forces bombarded the city.

Footage recorded in Gaza showed Palestinian anti-aircraft guns firing at IDF planes as they carried out airstrikes in the autonomous territory.

​Explosions have been reportedly heard in Ashkelon, a larger Israeli city several miles north of Zikim.

An IDF statement issued shortly after the exchange of fire said, "The IDF will continue to oppose attempts to harm Israeli civilians and considers Hamas terror organization responsible for what is happening in and out of the Gaza Strip."

​On Tuesday, Israeli Prime Minister Benjamin Netanyahu was forced to cut an election rally in the city of Ashdod short after rocket sirens sounded, sending people rushing to shelter. The rockets were intercepted by the Iron Dome system. Netanyahu faces a snap Knesset election on September 17, following his inability to form a ruling coalition government.

On Tuesday, Netanyahu pledged to annex large portions of the West Bank that border the River Jordan if he is reelected. The area is populated by increasing numbers of Israeli settlers, who occupy communities in violation of United Nations sanctions, displacing Palestinians who live there.

Gaza has been under a state of total siege by Israel since 2007, shortly after the city came under control of Hamas, a Palestinian militant group Israel considers a terrorist organization.