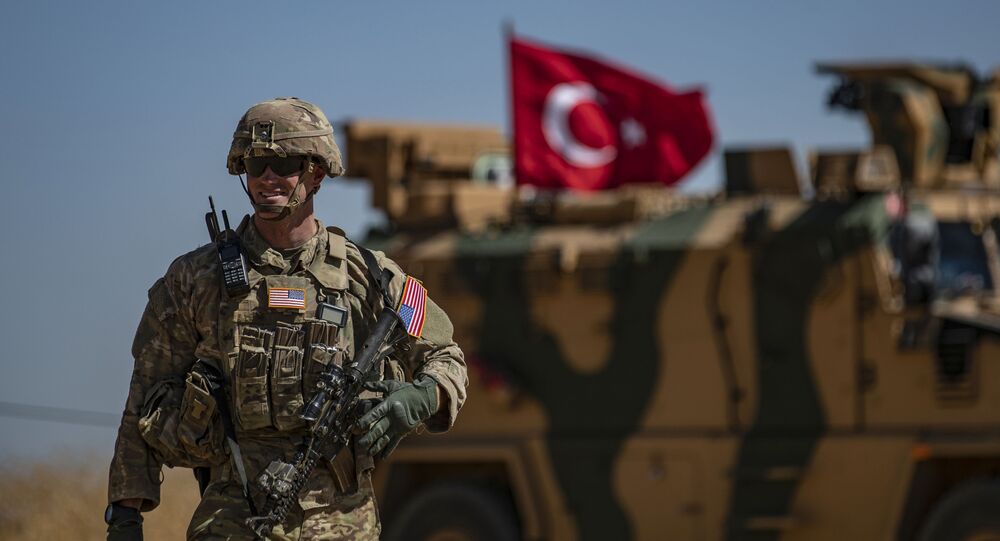 On Sunday, Turkish President Recep Tayyip Erdogan said, as quoted by Reuters, that Ankara has disagreements with Washington “at every step” amid negotiations on the establishment of a safe zone in Syria.

According to Turkish Foreign Minister Mevlut Cavusoglu, Ankara wants to work with the US on safe zones, but for now, Washington's approach to the issue is unsatisfactory.

"Since we started negotiations, the first step was made with the United States - the creation of a coordination centre [on the safe zone]... We see that they started dragging it out again," Cavusoglu told reporters.

Speaking at a press conference, Cavusoglu stated that the steps taken by the US have only been "cosmetic".

"We see that the US is trying to overextend the creation of a safe zone. While taking 'cosmetic' measures, they are continuing to assist the People's Protection Units and the Kurdistan Workers' Party. If cooperation with the US isn't fruitful, we will step into the region ourselves", the senior official added.

Last week, Turkish President Recep Tayyip Erdogan said that his country would not tolerate any delays in the creation of a "safe zone" in Syria and would establish it alone if talks with the US fail to produce results.

In August, Ankara and Washington agreed to create a safe zone to the east of the Euphrates River that would serve as a buffer zone between the Turkish border and Syrian areas controlled by US-backed Kurdish militias, which Turkey considers to be terrorists.

Responding to the move, Syrian authorities said that the US-Turkish agreement violates Syria's sovereignty and territorial integrity, as well as international law.