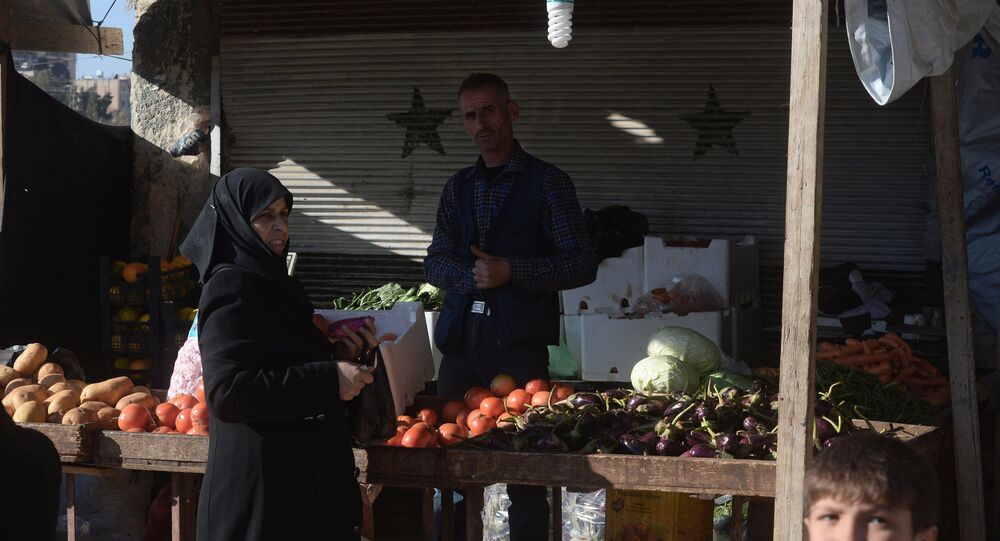 ALEPPO, Syria (Sputnik) - The authorities in Aleppo, Syria have been rebuilding the city's infrastructure damaged during fierce fighting, including the centrally located food market Souq al-Hal, which is expected to become operational soon.

During the fighting for control over the economic hub of Syria, which ended in late 2016 with the victory of Syrian troops, the Souq al-Hal was the front line of defence for one of the anti-government groups.

The militants looted the entire complex of the market, while some of the market's pavilions were used as jails for prisoners.

Trade then was moved to a remote area of Hamdaniyah in the southeastern outskirts of the city.

A chief engineer of a company, carrying out the restoration work, told reporters that all communications and trade pavilions in the market would be restored.

He added that a new shopping centre would be built near the restored vegetable market.

Syria has been marred by armed conflict since 2011.

In May 2017, the warring parties held talks in the Kazakh capital of Nur Sultan under the mediation of Russia, Iran and Turkey, and managed to conclude a ceasefire agreement and establish four de-escalation zones.

Even though military operations continue in some parts of Syria, priority has now been given to a political settlement and the return of refugees.