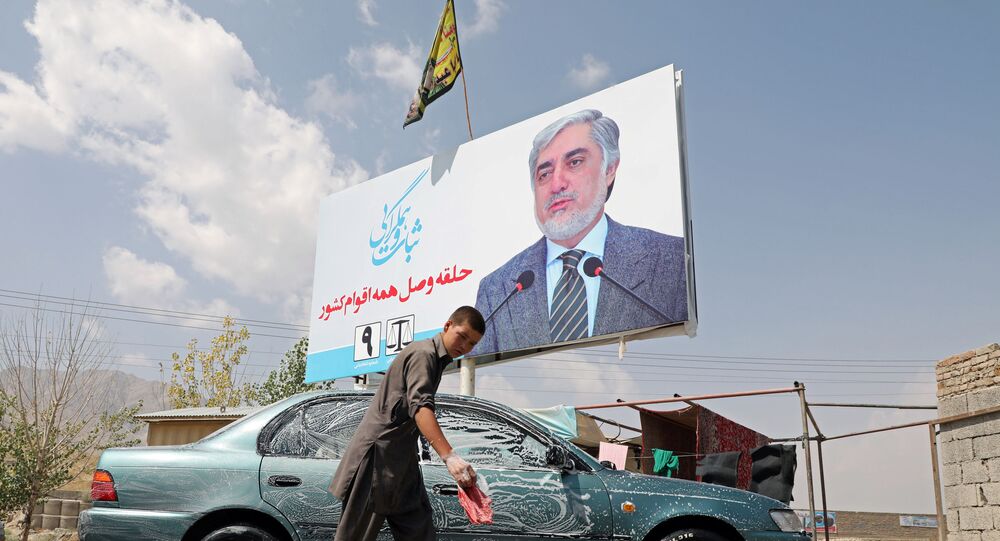 KABUL (Sputnik) - The Afghan government has emphasised the importance of holding the presidential elections, slated for September 28, for the ongoing peace process, the presidential press service said on Sunday.

"The government of Afghanistan reiterates its stance on holding the presidential elections on September 28 to make sure the establishment of a legitimate government through the ballot box and to move forward the ongoing peace process with full wisdom and precision," the statement said.

According to the presidential office, Kabul considers the Taliban's ongoing attacks to be the main obstacle for the peace process.

"We have consistently stressed that genuine peace is possible when the Taliban stop the killing of Afghans, embrace an inclusive ceasefire, and enter into direct negotiations with the Afghan government," the press service added.

The presidential office also thanked the United States and other allies for their efforts to bring peace to the country and pledged to work together to achieve this goal.

In recent days, the Taliban has conducted a number of terrorist attacks in Afghanistan killing dozens of people, including a US serviceman.

The United States has been negotiating a peace deal with the movement, which would envisage the withdrawal of foreign troops in exchange for the Taliban's guarantee that it would cut ties to terrorist organisations and ensure that the country would not become a safe heaven for terrorists. The talks, however, excluded the Afghan government as the Taliban considers it a US puppet.

US President Donald Trump said Saturday that he cancelled the meetings with Afghan President Ashraf Ghani as well as the Taliban movement's leadership over recent deadly terrorist attacks.