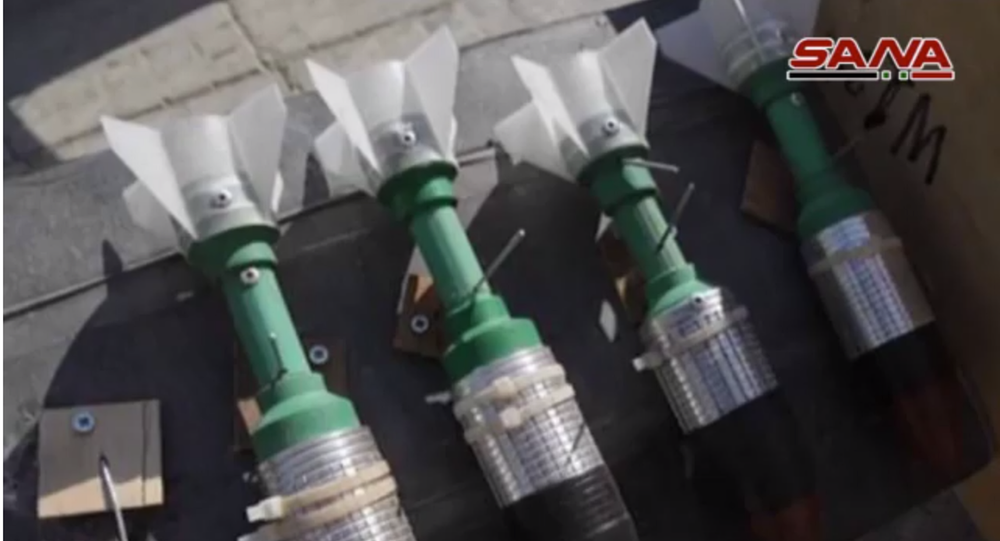 Earlier, Syrian media reported that two terrorist UAVs were destroyed and a third downed and safely disarmed in an attempted attack on an army base in Hama province, northwestern Syria.

The Syrian Arab News Agency has released footage showing two of the makeshift drones downed in the al-Ghab Valley, Hama on Friday evening by the Syrian Army during an attempted attack.

Footage shows one of the drones with a panel removed, revealing electronic components and battery pack inside, as well as what appears to be its transponder attached to the drone’s tail.

Photos of a second drone showed makeshift bombs attached under its wings as the drone lay upside down with its electronics removed.

Earlier Saturday, the Syrian Army reported that several terrorist drones had been brought down by the military during an attempted attack, which was foiled without any casualties. Given the relatively intact state of two of the drones, it’s not clear whether the Syrian Army used anti-UAV technology to shoot the drones down.

Russia recently showed off new equipment capable of intercepting and grounding enemy drones. Russian forces in Syria have has destroyed multiple terrorist drones as they attempted to attack Russian military facilities in Syria in recent months.

Part of Syria’s Hama province and the majority of neighbouringIdlib province remain occupied by an assortment of armed foreign-backed militants and terrorists, who have continued their attacks against Syrian and Russian forces despite Russian and Turkish attempts to facilitate a ceasefire.

It remains unclear which group was responsible for Friday night’s attempted attack.

Earlier this week, Russian Deputy Foreign Minister Oleg Syromolotov said the drones used against Russian bases in Syria were becoming more complex, noting that they used “Western specialists’ developments” to try to thwart the multilayered defences around the bases. Two drones attacked the Hmeymim air base in Latakia on Tuesday, but were destroyed before they could cause any damage or casualties.