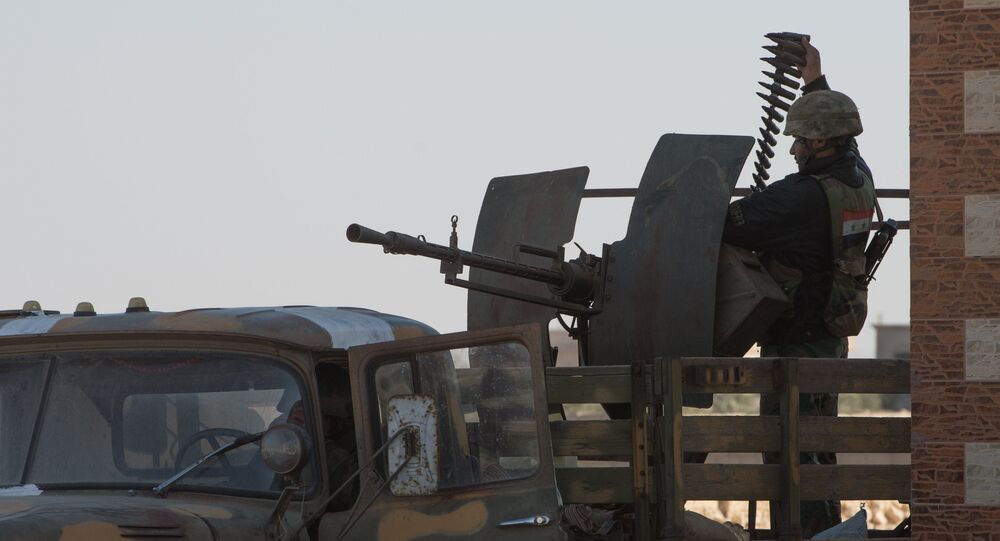 Earlier, the Russian Defence Ministry reported that two terrorist drones were destroyed near the Hmeymim Air Base in western Syria before they could cause any damage or casualties.

Syrian air defences have prevented a terrorist drone attack on a military post in the al-Ghab valley in the country’s northwest , Syria’s SANA news agency reports.

According to SANA, two terrorist unmanned aerial vehicles (UAV) were destroyed, while the third one was downed with "its ammunition dismantled without causing any casualties among personnel of the Syrian Arab Army."

Addressing a global conference on fighting terrorism, he noted that Moscow was concerned about drone attacks in Syria, including against officials.

“We are constantly registering the mass usage of this method to stage attacks on Russian bases in Syria. Meanwhile, the drones that are being used are not amateurish. Experts note ... that Western specialists' developments are being used,” Syromolotov said.

He added that Moscow believes that global cooperation on the matter is necessary, and that and both legal and technological means should be used for countering terrorism.

Earlier this week, the Russian Air Base Hmeymim in Syria was attacked by UAVs, according to the Russian Defence Ministry. Two terrorist drones were spotted near the base and were destroyed at a safe distance before they could cause any damage or casualties.

On 11 December, 2017, Russia’s President Vladimir Putin ordered the withdrawal of Russian troops from Syria after more than two years of successful struggle against terrorist organisations; however, a small number of Russian military units remain at bases in Hmeymim and Tartus in support of the Syrian army’s efforts to combat terrorists.

Militants Fired 4 Rockets Toward Hmeymim Base, All Destroyed - Russian MoD