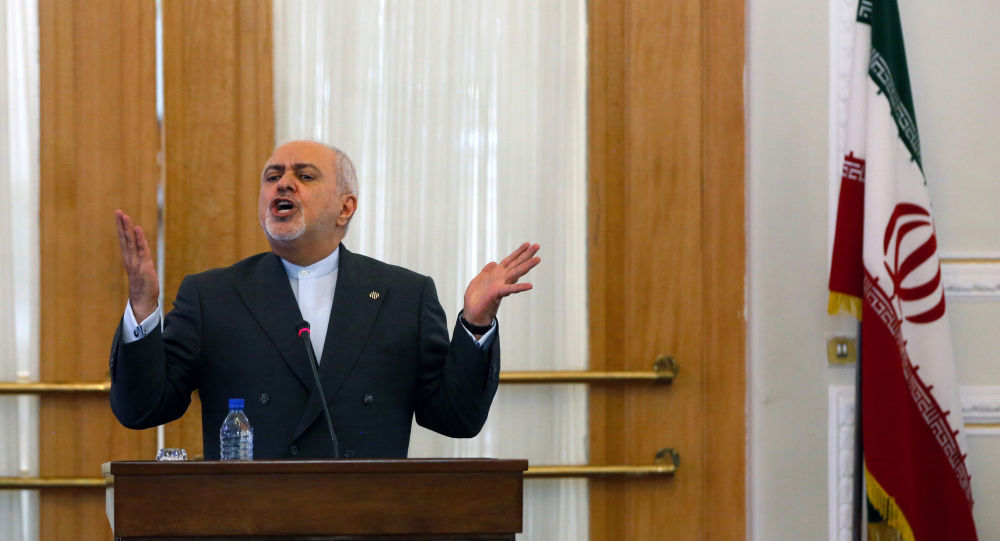 The comments were made just a day after US president Donald Trump's administration slapped fresh sanctions on Tehran for allegedly smuggling Iranian oil to Syria.

Iranian foreign minister Mohamma Javad Zarif tweeted on Thursday that the US Treasury was nothing more than a "jail warden", following Washington's decision to blacklist firms, persons and shipping companies from the Islamic Revolutionary Guard Corps (IRCG) as an "oil for terror" network. Washington alleges that Tehran had supplied the Syrian government with oil worth hundreds of millions of dollars, violating prior US sanctions.

Zarif said that states needed to "ask for reprieve" via wavers but get "thrown in solitary for the audacity" to do so, referencing Trump's decision to back out of the 2015 Joint Comprehensive Plan of Action (JCPOA), known as the Iran Nuclear Deal, which was backed by Tehran, the European Union and members of the United Nations Security Council (France, the United Kingdom, Russia, China, the US) plus Germany.

The Iranian foreign minister made similar statements on Wednesday, where he accused the US State Department of "outright blackmail" for offering a $15m reward for information that would disrupt the IRGC's financial mechanisms, citing the Adrian Darya, formerly known as the Grace I. Washington also sanctioned Iran's space agency and two research centres allegedly linked to Tehran's ballistic missile programme.

Mr Zarif tweeted that Washington had placed a bounty on Tehran to deliver "Iran's oil and receive several million dollars or be sanctioned yourself".

"Sounds very similar to the Oval Office invitation I received a few weeks back. It is becoming a pattern," he added.

The news comes after Iranian president Hassan Rouhani announced on Wednesday that Tehran would roll back on its commitments to the nuclear deal on Friday by redeveloping centrifuges and research activities barred under the agreement.

President Trump pulled out of the agreement in May last year and intensified its "maximum pressure" campaign to block Iran's oil exports, sparking backlash from Tehran, who said it would reduce compliance with the nuclear deal. Tehran began backtracking on its nuclear deal commitments after blaming the EU for failing to resolve the issue of resolving oil revenue losses due to US sanctions, namely through the EU special purchasing vehicle Instex, which did not materialise. The Persian Gulf country said early this year that unless the country started benefitting from the nuclear deal, it would not preserve it.

'Time to Pressure Iran': Israeli PM Netanyahu Warns Tehran Ahead of His Visit to London - Reports