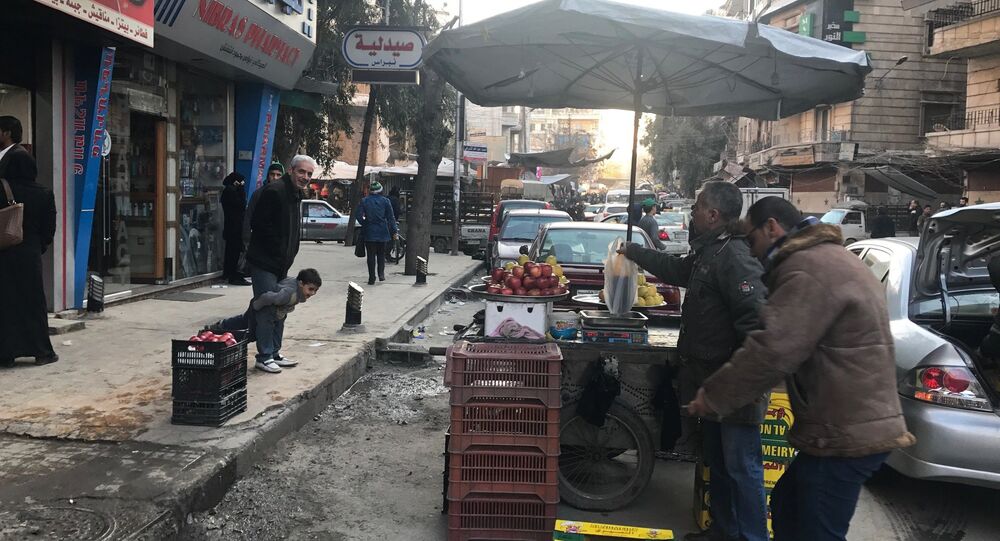 ANTAKYA (Sputnik) - One person was killed and 11 were injured in a motorcycle explosion in the city of Azaz north of Syria's Allepo, a local source stated.

"One person was killed, 11 were wounded — four of them were injured seriously — in a motorcycle explosion", the source in Azaz said.

In early August, several children and adults were killed in a car bomb explosion in Syria's northeastern village of Qahtaniyah.

Syrian media reported last month that the terrorists had attacked the city's Zebdia district, killing one child and injuring two other civilians.

Once the largest city in Syria, Aleppo has been recovered by the government forces in 2016. Since then, terrorists regularly shell the city's residential quarters, while the Syrian military responds by attacking the militants' positions.

Syria has been engulfed in an armed conflict since 2011, with the government forces fighting numerous terrorist organisations and armed opposition groups. The Syrian government regained control over most of the territories that were seized by terrorists, however, anti-terror operations still continue in a number of areas.