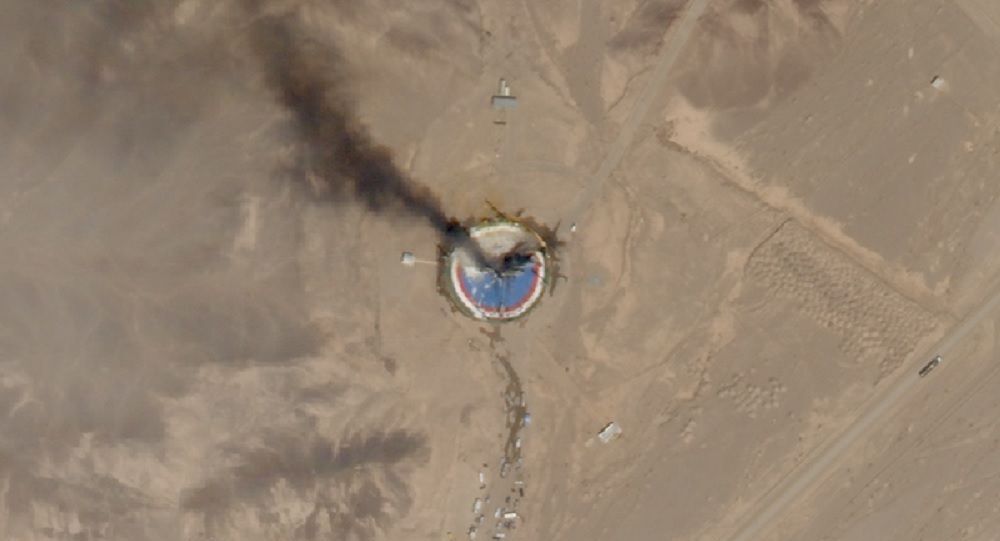 The report comes a few days after US President Donald Trump tweeted a photo of an apparent explosion at Iran's space centre, while saying that Washington had nothing to do with what he described as a "catastrophic accident" during first launch preparations.

On Thursday, Iran, for the first time, acknowledged that a rocket had exploded at its Imam Khomeini Space Centre due to a malfunction during testing.

In the comments broadcast by Iranian state TV, Government Spokesman Ali Rabiei rebuffed the claims that the explosion had occurred as a result of "manipulations" from outside.

Iran's government spox says technical failure was behind a recent explosion at Semnan rocket launch site. No casualties. Satellite had not been transferred to the launch site, he says.https://t.co/HreimWLxzk

Rabiei addressed a now-viral tweet by US President Donald Trump, who shared a satellite image of what appeared to be the burnt rocket launch pad and damaged vehicles at the Imam Khomeini Space Centre in the Iranian province of Semnan on Saturday, saying that "he did it out of not having other issues to take care of".

"We don't understand why the US president tweets and posts satellite pictures with excitement. This is not understandable", Rabiei added.

In the tweet, Trump denied US involvement in the accident and wished Iranian authorities "good luck in detemining what happened" at the site.

On Thursday, satellite images emerged ostensibly showing an exploded Iranian rocket on the launch pad, with a number of media outlets claiming that the failure was the third this year.