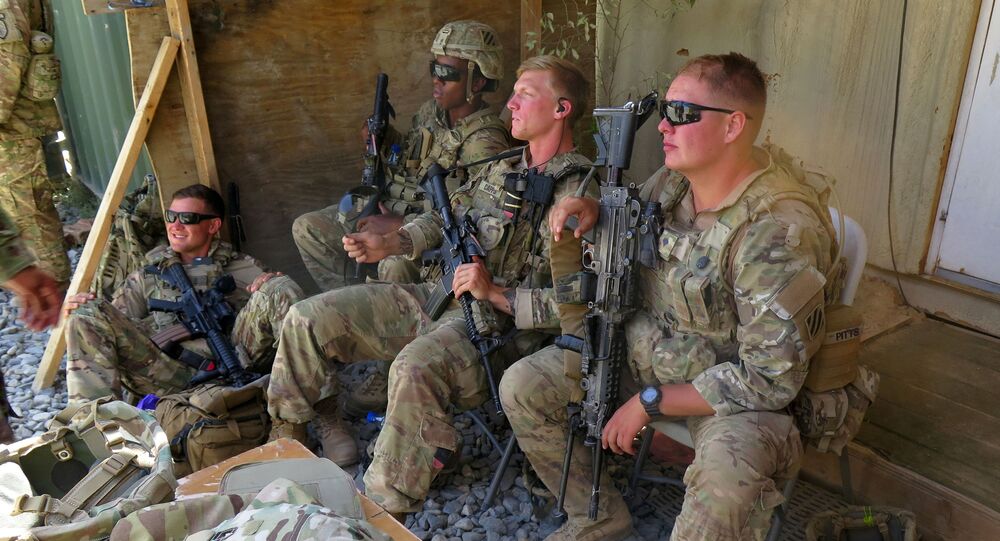 Washington and the Taliban have been trying to strike a peace deal regulating the withdrawal of foreign troops from Afghanistan while including assurances from the Taliban that the country will not be used as a safe haven for terrorists.

US President Donald Trump has said in an interview with Fox News Radio that Washington will have to prolong the US presence in Afghanistan, even after the peace agreement with the Taliban is concluded.

According to President Trump, the size of the US contingent in the Central Asian country will first fall to 8,600 troops.

"We will go down to 8,600, and then we will make a determination from there as to what happens", Trump said.

The statement comes as US and Taliban representatives are engaged in peace talks on an Afghanistan peace deal in Doha, Qatar.

Despite having nine rounds of talks since last year, all the negotiations notably excluded the Afghan authorities as the Taliban regards the administration in Kabul as an illegitimate puppet government.

On Wednesday, the Russian Foreign Ministry stated that Moscow was ready to offer its assistance in the US-Taliban talks and act as a guarantor, should such a proposal be received.

Afghanistan is suffering from an unstable political, social and security situation due to the activity of the Taliban and Daesh* terrorist group. The Afghan National Defence and Security Forces regularly conduct joint offensive operations to combat terrorism across the country with support from the international coalition.