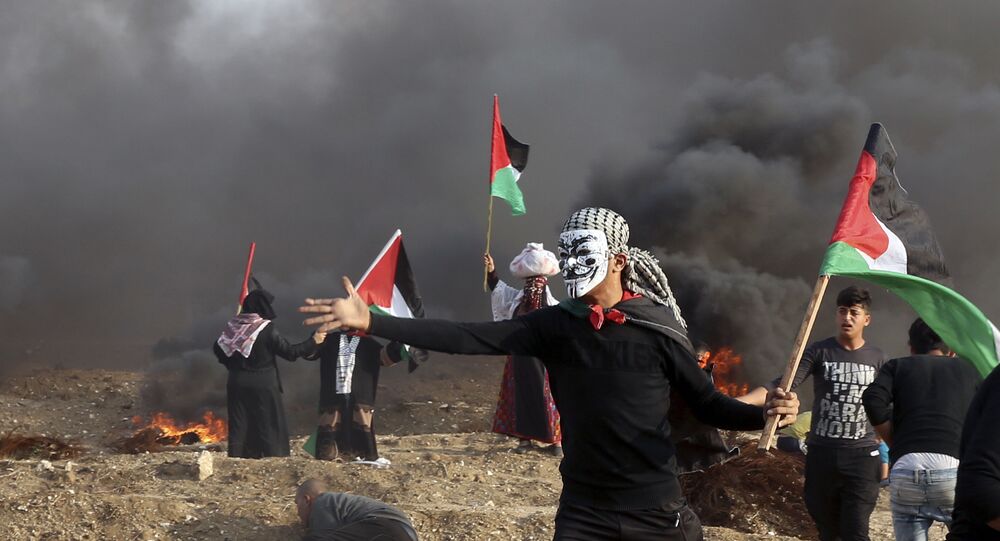 BERLIN (Sputnik) – Settling the Israeli-Palestinian conflict via the two-state solution still remains the primary aim of the peace process, no matter how difficult it may be to achieve, German Chancellor Angela Merkel said on Thursday before a meeting with Palestinian leader Mahmoud Abbas.

“Of course, we will discuss the situation in the Palestinian territories and we will do that again, taking as a premise that there is a need for a political settlement, which will allow both the Israeli and Palestinian people to live in peace and safety. From our point of view, this is possible only via the two-state solution, agreed by all parties to the conflict in line with the universally-recognized international regulations. That must remain the goal even if it seems to become more hard-to-reach,” Merkel said.

The chancellor also said that she would discuss economic and social issues during her talks with Abbas.

For decades, Israel has been in conflict with Palestinians, who seek diplomatic recognition for their independent state on the territories of the West Bank, including East Jerusalem, and the Gaza Strip. Israel has been refusing to recognise Palestine as a state and defying UN resolutions in the process.

The global community has been seeking to settle the conflict via the so-called two-state solution, which implies the establishment of two states, Israel and Palestine, on the disputed lands.

On June 25, White House Senior Adviser Jared Kushner presented the economic part of his country's "deal of the century," the key initiative was to invest money in foreign territories where Palestinians were taking refuge. The political portion of the peace plan is expected to be released in the near future.