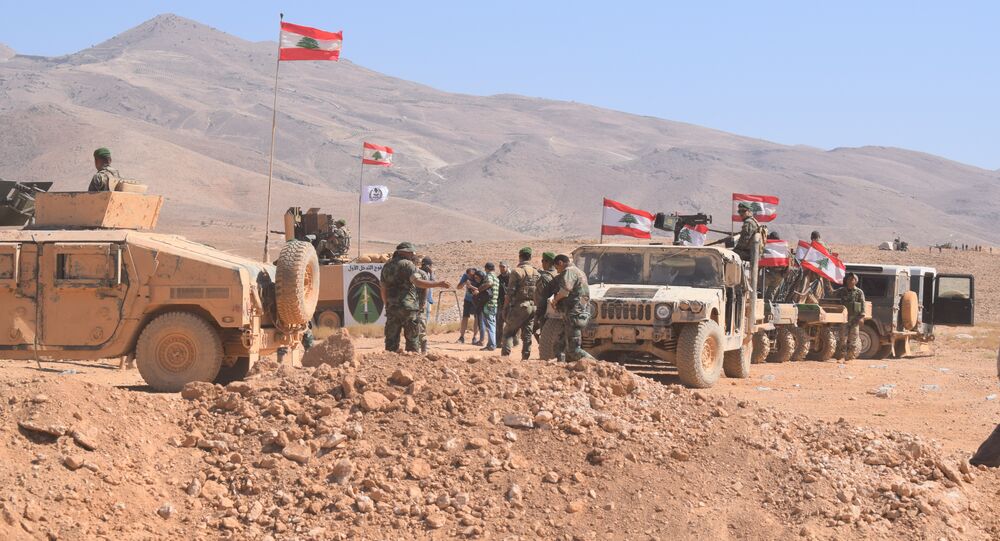 Lebanon has accused Israel of being behind a drone strike on the office of Hezbollah near Beirut on 25 August, followed by another on Palestinian militant positions in eastern Lebanon.

Lebanon’s army has opened fire at an Israeli drone in the south of the country, Reuters reported, citing Lebanese security sources.

According to the source, the troops fired shots from M16 assault rifles.

The National News Agency reported that the incident took place at the village of Odeisseh, near Marjayoun, near the border with Israel. The Lebanese Army stated that it had forced the two drones to return by firing at them. According to local media outlets, the Lebanese Army command ordered immediate fire at all flying vehicles in the country's airspace after attacks by Israeli drones in the southern suburbs of Beirut and in the Beqaa Valley.

The IDF has since confirmed that Israeli drones had come under fire by Lebanese forces. "Gunfire was heard from Lebanese territory toward the area where IDF drones were flying. The drones completed their mission, and no damage was caused,” the statement obtained by the Times of Israel reads.

The Israeli Defence Forces (IDF) has posted an image with a list of what the Hezbollah movement is "doing for Lebanon" and what the country is "doing to stop them".

On 25 August, two Israeli drones crashed near Hezbollah's headquarters in the southern suburbs of Beirut, with one of them exploding in the air, injuring three people and causing significant damage to the headquarters. Hezbollah leader Hassan Nasrallah has rejected reports about the group downing the two crashed drones, but threatened Israel with an "adequate" response. Beirut, in turn, has described what happened with the Israeli "reconnaissance drones" as "aggression" and an attack on its sovereignty.

​Lebanon has repeatedly objected to Israeli anti-Hezbollah operations in its airspace, insisting that they violate the country's sovereignty and UN Security Council Resolution 1701, which was intended to resolve the 2006 Israel-Lebanon conflict. Israel, in turn, considers Lebanon-based Hezbollah one of its key adversaries in the region and conducts regular air raids against it.