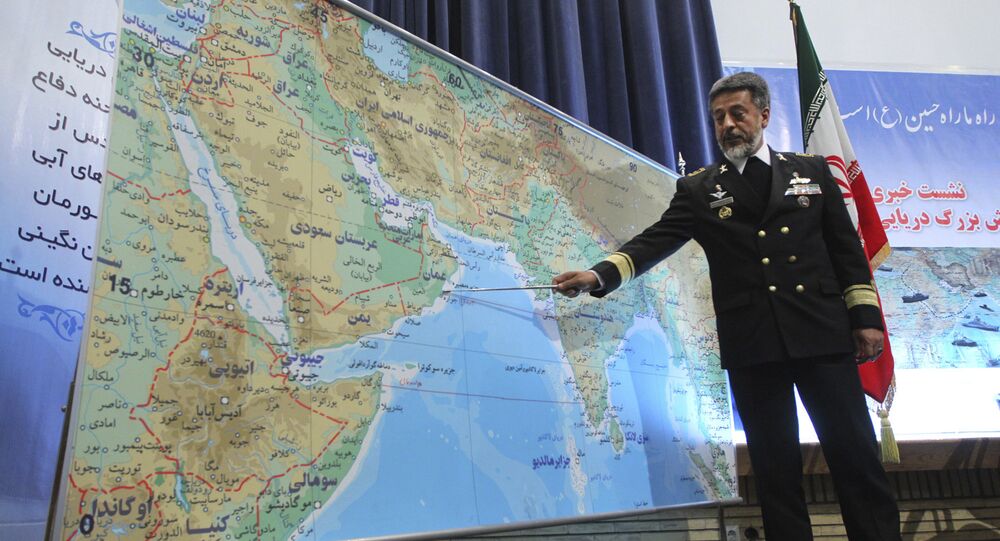 The reported move comes just a day after an Iranian Navy commander voiced readiness to escort the oil tanker Adrian Darya (formerly known as the Grace 1), which had been released by the authorities in Gibraltar earlier in August after more than a month-long detention despite US appeals to seize the vessel.

According to Iran's English-language broadcaster Press TV, Iranian authorities have deployed a naval destroyer armed with long-range cruise missiles to the Gulf of Aden to accompany national ships sailing in the region.

The warship, described as "the most advanced destroyer", would reportedly be accompanied by a logistical vessel and a helicopter carrier.

The day before, Iranian Navy Rear Admiral Habibollah Sayyari stated that the country's military was ready to escort the oil tanker Adrian Darya (formerly known as the Grace 1) after it was released by the authorities in Gibraltar.

Iran’s Grace 1 tanker was arrested by the Gibraltar authorities in early-July for allegedly transporting oil to Syria - a move that violates EU sanctions against Damascus.

After the probe into the matter, the Gibraltar authorities released the tanker despite a last-ditch effort by Washington to hamper the decision by issuing an arrest warrant.