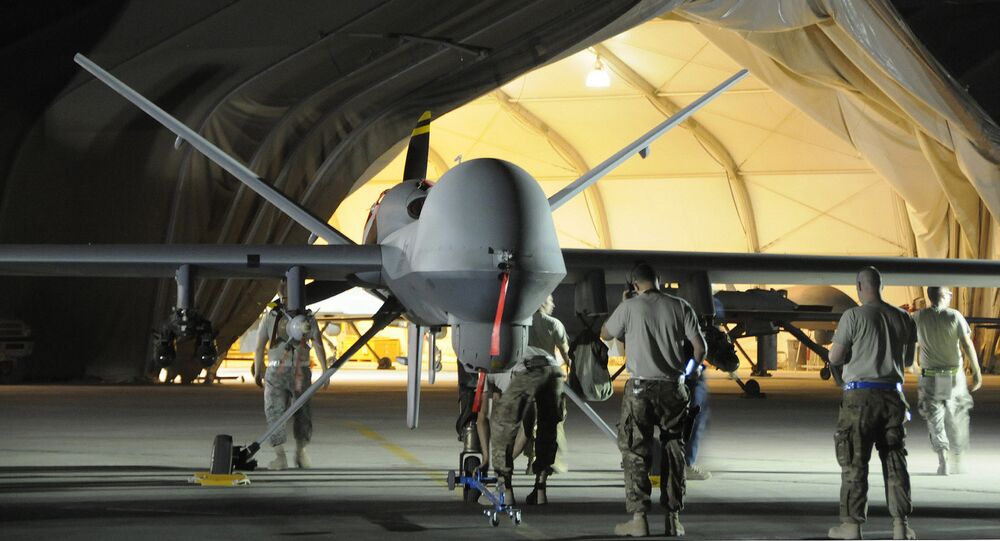 MOSCOW (Sputnik) – The United States will take action as appropriate with regard to its drone shot down over Yemen as soon as it scrutinizes facts related to the incident, Defence Secretary Mark Esper said in an interview.

Early on Wednesday, Yemen’s Ansar Allah rebel movement, known as the Houthis, said it had downed a US multipurpose drone MQ-9 over the province of Dhamar in the central part of the country. The movement’s spokesperson argued that the Saudi-led Arab coalition "should think a thousand times before invading Yemen’s airspace," insisting that the rebels had capabilities to prevent alien aircraft from appearing in the skies over Yemen.

"We did lose an MQ-9 over Yemen and once we determine that and sort through the facts, then we will figure out the next steps as appropriate," Esper told Fox News in the interview, released late on Wednesday.

Earlier on the same day, a US Defence Department spokesperson confirmed that the Houthis had shot down the drone in Yemen. The US Central Command (CENTCOM), in its turn, said it was investigating reports of the attack.

The Houthi movement is a side to the violent conflict in Yemen, where it is fighting against the forces of the internationally recognized government. The official authorities have been supported by an Arab coalition, led by Saudi Arabia, one of the United States’ closest regional allies.