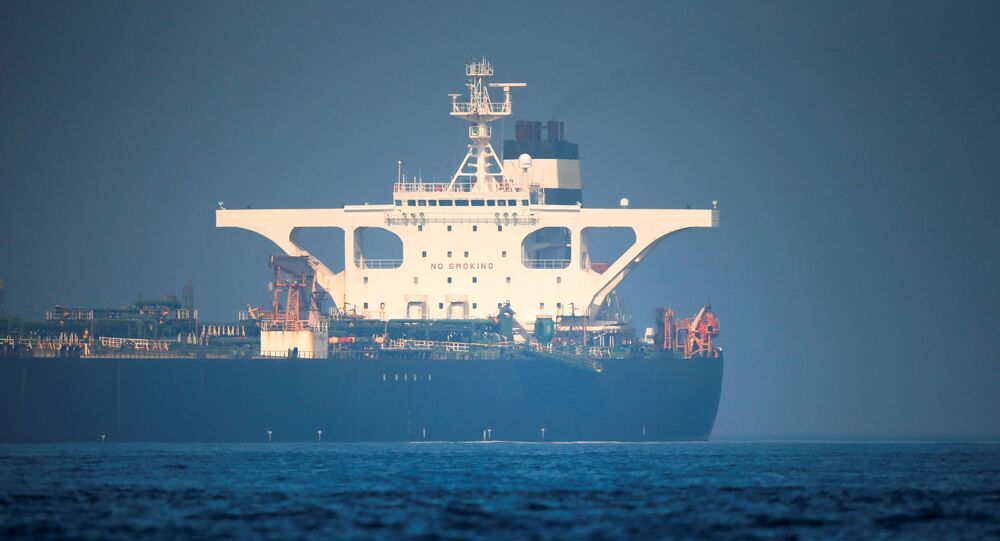 UNITED NATIONS (Sputnik) - The United States will take every action to prevent the Iranian tanker Grace 1 from delivering oil to Syria, US Secretary of State Mike Pompeo told reporters.

"If that ship again heads to Syria, we will take every action we can consistent with those sanctions to prevent that," Pompeo said on Tuesday.

On Friday, the United States issued a warrant to seize Grace 1 while the tanker was still in Gibraltar's waters in order to confiscate all its cargo and $995,000 for alleged sanctions violations. However, Gibraltar rejected Washington's request, citing a difference between the United States' and European Union's stance regarding sanctions on Iran.

Iran said on Sunday that Grace 1 had set out into international waters after its release from Gibraltar by the UK authorities. Iranian Foreign Ministry spokesman Abbas Mousavi said Tehran had warned Washington against seizing the supertanker in the open sea.

However, Pompeo reiterated the United States’ position for punitive measures against anyone who will assist the Iranian supertanker.

Iran's judiciary chief Ebrahim Raisi said on Monday that releasing Grace 1 was not enough and called for legal proceedings to recompense and set an example for all those who violate international law by seizing ships.