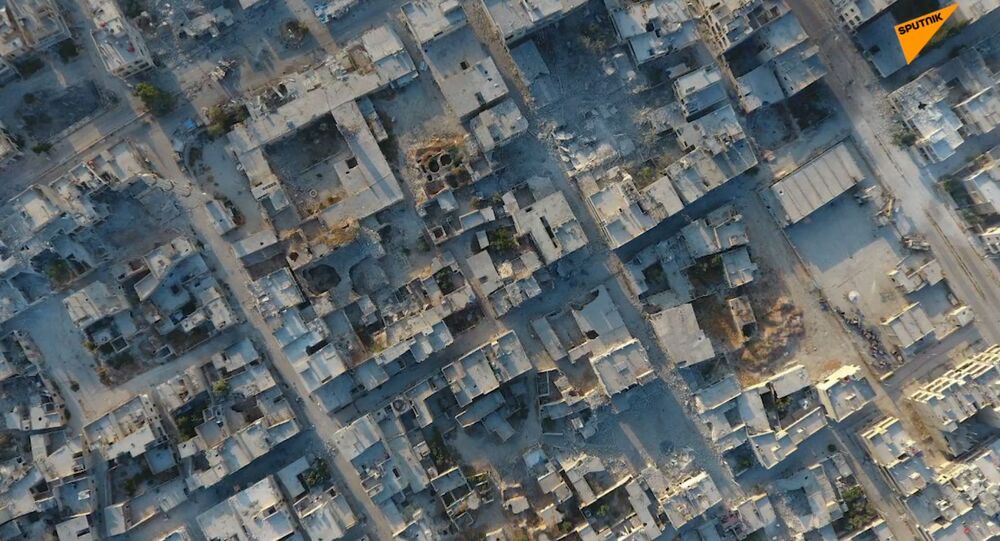 On Monday the Syrian army established control of the entire city of Khan Sheikhoun and the Damascus-Aleppo highway in Idlib province, according to the pro-government newspaper Al Watan.

An exclusive aerial video of the city of Khan Sheikhoun in the south of Idlib province in Syria, which is surrounded by the Syrian government army has appeared online.

A day earlier, the Syrian Foreign Ministry said that Turkish armoured vehicles had entered the Syrian city of Saraqib in Idlib and were moving towards Khan Sheikhoun, which was under the control of militants.