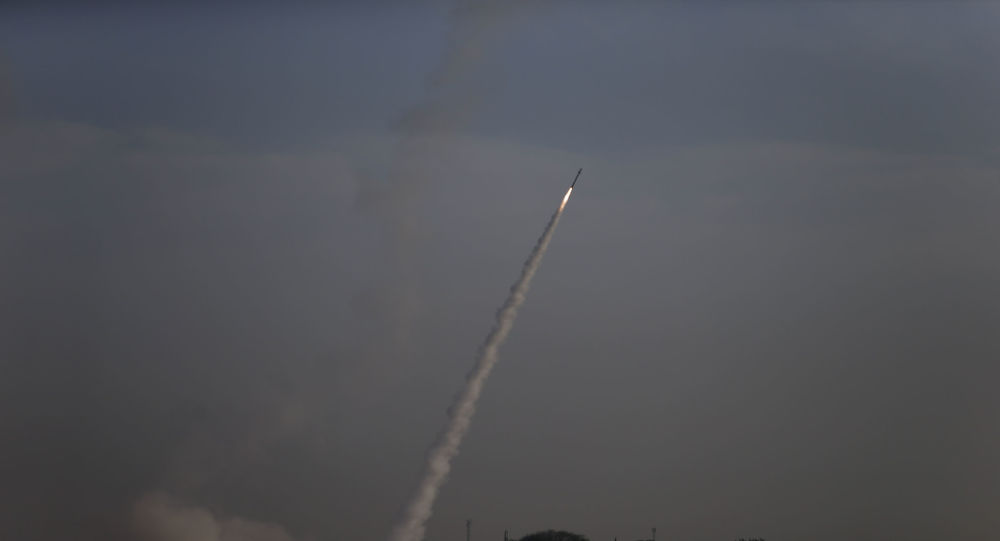 A day earlier, sirens went off in the southern town of Sderot, and in the communities of Or Haner, Nir Am, Erez, and Gevim as Israel's Iron Dome air defence system reportedly intercepted a projectile fired from the Gaza Strip.

Three projectiles were fired from the Gaza Strip at southern Israel, with two of them being intercepted by the Iron Dome Air Defence System, the Israel Defence Forces announced via Twitter.

3 rockets were fired from #Gaza at #Israel, 2 of them were intercepted by the Iron Dome Aerial Defense System.

This is the 2nd consecutive night rockets have been fired from Gaza at Israeli civilians.

​Rocket alert sirens went off on Saturday evening across southern Israel, according to the IDF.

According to Haaretz, the warning signals were activated in the southern Israeli city of Sderot and in the Gaza-border community of Sha'ar HaNegev.​ The media outlet added that further alarms were sounded in Kibbutz Gavim and Kibbutz Nir Am, at Sapir College in the Negev, in Ibim village, and Havat Shikmim.

According to reports, the blast caused by the interception resulted in shrapnel landing in the yard of a home in Sderot. Meanwhile, the Sha'ar HaNegev Regional Council revealed that shrapnel was found in the community.

This is the second night in a row that rockets have been fired at Israel from Gaza. Less than 24 hours ago, the IDF announced that the Iron Dome had intercepted a rocket launched from Gaza at Israeli civilians.

Tensions in the area have been soaring high for years as Israel repeatedly insists that it is detecting rockets from the Gaza Strip that are allegedly fired by Hamas militants.

​This comes as thousands of Palestinians joined protests on the Gaza border on the 70th Friday of the Great March of Return that turned violent. Hundreds of participants reportedly threw stones and explosive devices at Israeli troops, while soldiers responded with tear gas and occasional live fire.