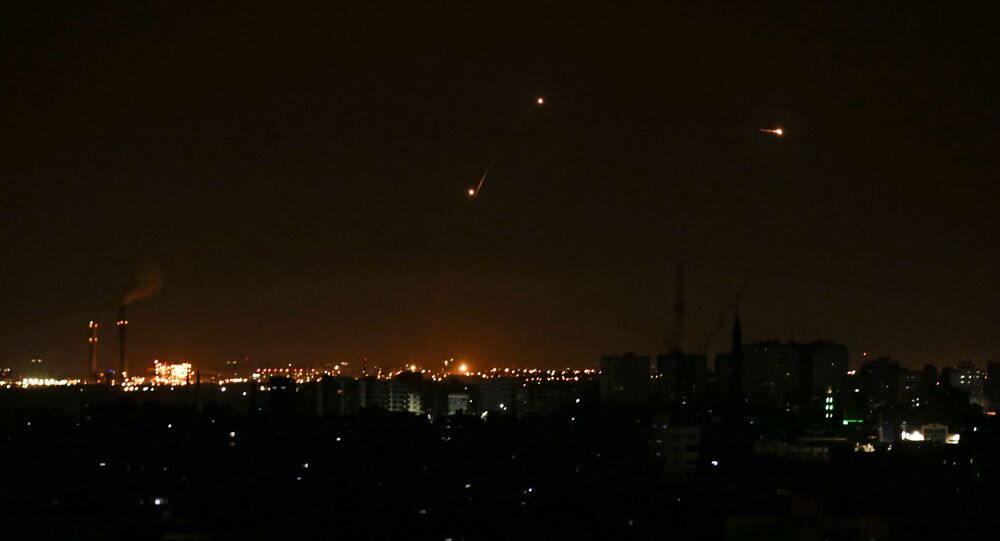 The rocket fire followed protests along the Gaza Strip border earlier on Friday, where Palestinians reportedly hurled stones and other objects at Israeli soldiers, causing them to respond with tear gas.

A video has emerged allegedly showing Israel's air defence system, the Iron Dome, intercepting a projectile fired from the Gaza Strip on Friday evening. The sirens sounded in the southern town of Sderot, and in the communities of Or Haner, Nir Am, Erez and Gevim, according to The Times of Israel.

While the authenticity of the footage is yet to be verified, the Israel Defence Forces previously tweeted that the rocket had been repelled before it could reach its target.

BREAKING: A rocket was just fired from #Gaza at #Israel.

Thankfully, the rocket was intercepted by the Iron Dome Aerial Defense System.

The video has gone viral and has even been retweeted by Ofir Gendelman, Prime Minister Benjamin Netanyahu's spokesman to the Arab media.

Palestinian terrorists in Gaza fired last night a rocket at an Israeli city of 25,000 residents. The rocket was shot down by the Iron Dome system.

In response, the IDF destroyed 2 of Hamas' underground terror infrastructures in the Gaza Strip.

In response to the rocket fire, the IDF conducted an overnight air raid against what it said were Hamas targets in the Gaza Strip.

"A short time ago, IDF warplanes and aircraft attacked two underground terror structures of the Hamas terror group in the north and centre of the Gaza Strip. The attack was carried out in response to the rocket that was launched from Gaza earlier tonight. The IDF will continue to act against attempts to harm Israeli civilians and sees the Hamas terror group as responsible for all that is done in the Gaza Strip", the military said in a statement.

​The developments come as thousands of Palestinians joined protests on the Gaza border on the 70th Friday of the Great March of Return that turned violent. Hundreds of participants reportedly threw stones and explosive devices at Israeli troops, while soldiers responded with tear gas and occasional live fire.