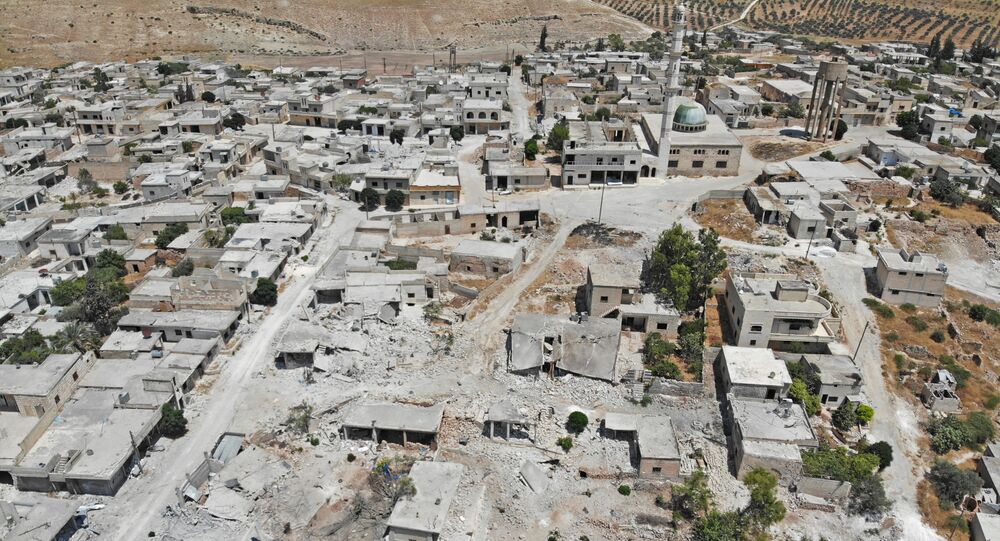 MOSCOW (Sputnik) - The Russian military has registered 35 attacks by militants in Syria's provinces of Aleppo and Latakia, located in the Idlib de-escalation zone, in the course of the past 24 hours, Maj. Gen. Aleksei Bakin, the head of the Russian Defence Ministry's centre for Syrian Reconciliation, said.

Meanwhile, over the past 24 hours, the Russian military bought 500 food kits to residents of the settlement of Billin in the Hama province, according to Bakin.

Syria has been mired in a civil war since 2011, with the government forces fighting against numerous opposition groups as well as militant and terrorist organizations.

Russia, alongside Turkey and Iran, is a guarantor of the ceasefire in Syria.

Moscow has also been assisting Damascus through supporting the struggle against terrorist groups, providing humanitarian aid to Syria's residents and facilitating the return of refugees.