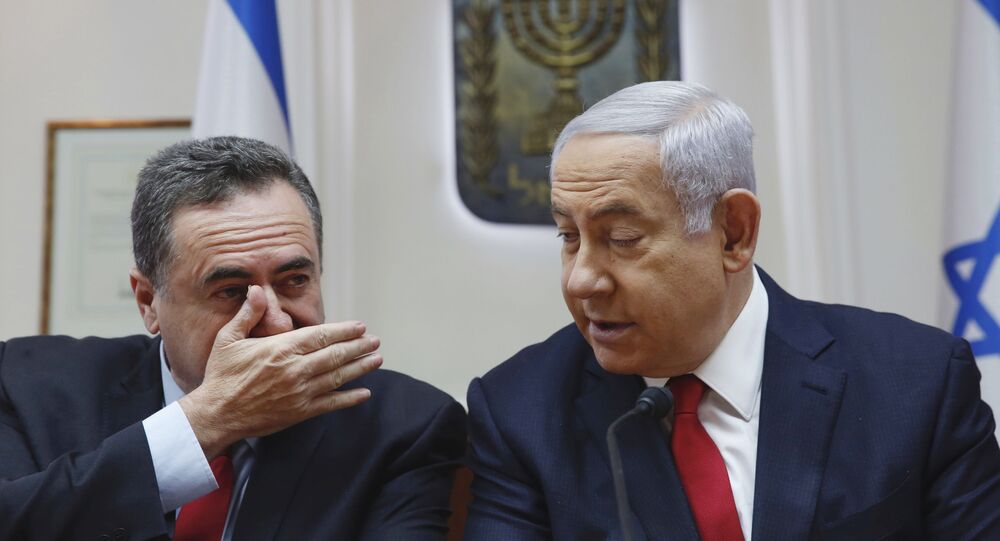 Last week, Israeli media reported that Foreign Minister Israel Katz had met with an unnamed “high ranking persona” from the United Arab Emirates to discuss the “Iranian threat,” with Tel Aviv committing to provide intelligence and unspecified other forms of assistance to the US-led ‘maritime security coalition’ being formed in the Persian Gulf.

The State Department was responsible for arranging at least two secret meetings between senior Israeli and Emirati officials to share information and ‘coordinate efforts’ against the alleged Iranian threat, anonymous US officials said to be familiar with the interactions have told The Wall Street Journal.

The talks took place despite the absence of formal diplomatic relations between the two countries, with Abu Dhabi not formally recognizing Israel’s right to statehood, and Israelis banned from entering the country following an alleged Mossad operation to assassinate a senior leader of Hamas in a Dubai hotel room in 2010.

© AP Photo / Cliff Owen
Brian Hook, special representative for Iran, leaves the podium after speaking about the creation of the Iran Action Group at the State Department, in Washington, Thursday, Aug. 16, 2018

Without specifying the exact dates of the meetings, WSJ’s interlocutors told the newspaper that the first was held in the spring, with another held ‘more recently’, with just a handful of people in the State Department informed about either. The diplomatic effort has be aimed specifically at increasing Abu Dhabi-Tel Aviv diplomatic, military and intelligence cooperation related to Iran.

“The Iran Action Group has been working with several countries to coordinate diplomatic, security and intelligence activities in response to Iran’s escalating aggression,” an unnamed Trump administration official told the paper, referring to the US-led diplomatic initiative formed in August 2018 to ‘coordinate US policy toward Iran’ following the unilateral US withdrawal from the Iran nuclear deal in May of that year.

Officials from the UAE and Israel declined to comment on the WSJ report.

Over the past week, Iran has repeatedly warned that any Israeli involvement in the ‘maritime security coalitoin’ the US and its allies have been trying to put together in the Persian Gulf region would have ‘disastrous consequences’, stressing that Tehran would have a “right to counter this threat” to its national security. Last week, Islamic Revolutionary Guard Corps Commander-In-Chief Maj. Gen. Hossein Salami warned that “any new war” in the Gulf  would “endanger the survival of the Zionist regime,” adding that Tel Aviv and its allies show no desire for a conflict because they know that ‘if it occurred, it would move into their lands.”

In March, several months before the summer’s escalation of tensions in the Gulf amid a string of incidents including tanker sabotage attacks, ship seizures and drone shootdowns, Israeli Prime Minister Benjamin Netanyahu proposed deploying the Israeli Navy to help the US stop any “covert oil smuggling” operations. Iran’s defence ministry said Tehran would “firmly respond” to any such deployments, and that it would see any such Israeli actions as acts of “piracy.”

© AFP 2021 / JACK GUEZ
The German-made INS Rahav, the fifth Israeli Navy submarine, arrives at the military port of Haifa on January 12, 2016. In September 2015, Israel received delivery of the fourth Dolphin 2 class submarines from Germany. A third of the cost was funded by Germany as part of its military aid to Israel. The submarines, the most sophisticated in Israel's fleet, can be equipped with missiles armed with nuclear warheads.
...
Reddit
Google+
Blogger
Pinterest
StumbleUpon
Telegram
WhatsApp
115