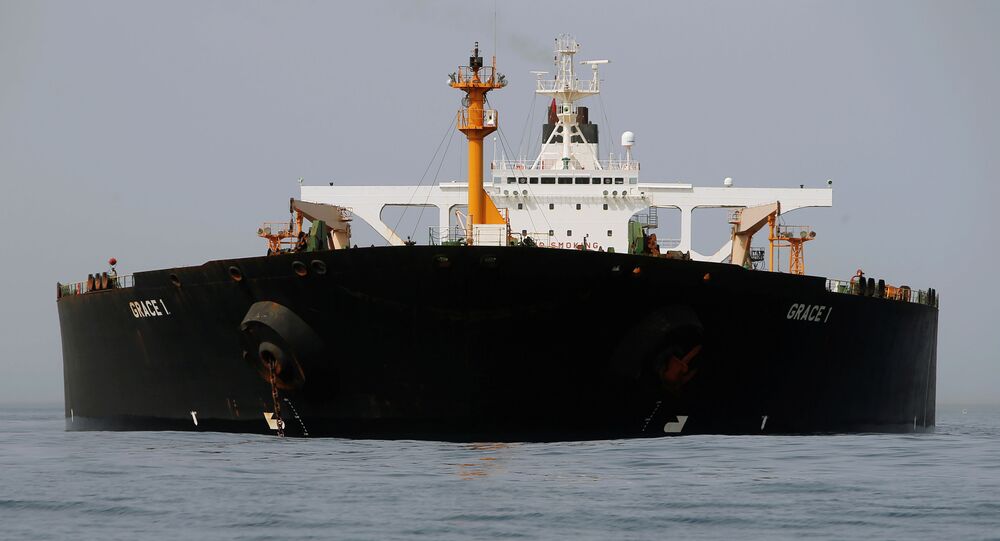 Tensions between Iran and the UK spiked in June after the Gibraltar authorities, aided by the UK Royal Marines, detained an Iranian tanker in the waters near the Rock. The vessel was suspected of carrying oil to Syria in violation of EU sanctions.

The Gibraltar government does not officially confirm reports that it intends to release Iran's Grace 1 supertanker later on Tuesday, according to an official representative of Gibraltar.

"I've seen that report, but we don't have any information," the representative said, commenting on the information provided by Fars.

The report comes as the deputy head of Iran's Ports and Maritime Organisation, Jalil Eslami, said as quoted by Iran's Islamic Republic News Agency that the United Kingdom could free the Iranian oil tanker Grace 1 'soon', after Tehran and London exchange some documents that could facilitate the captured vessel's release.

"Britain is interested in releasing Iran's oil tanker Grace 1 ... following the exchange of some documents, we hope the release will take place soon",  Eslami said. "The vessel was seized based on false allegations ...it has not been freed yet."

The United Kingdom has so far provided no comment on Iran's statement about the document exchange.

In the meantime, a spokesman for Gibraltar said that the territory will pursue de-escalation efforts in the wake of the 'lawful detention' of the supertanker Grace 1.

"We continue to seek to de-escalate issues arising since the lawful detention of Grace 1", the spokesman said.

Grace 1, an Iranian supertanker transporting oil, was detained off Gibraltar on 4 July by the territory's law enforcement, supported by UK marines. The authorities cited a violation of EU sanctions against Damascus as the reason for the seizure. Tehran denied the claims and stressed that Britain has endangered maritime safety by its actions in Gibraltar.

The tensions continue to brew after a British vessel was detained by the Islamic Revolutionary Guards on 19 July. Tehran said that the ship had breached maritime legislation by ignoring warnings from the military, switching off its positioning device and colliding with an Iranian fishing boat.