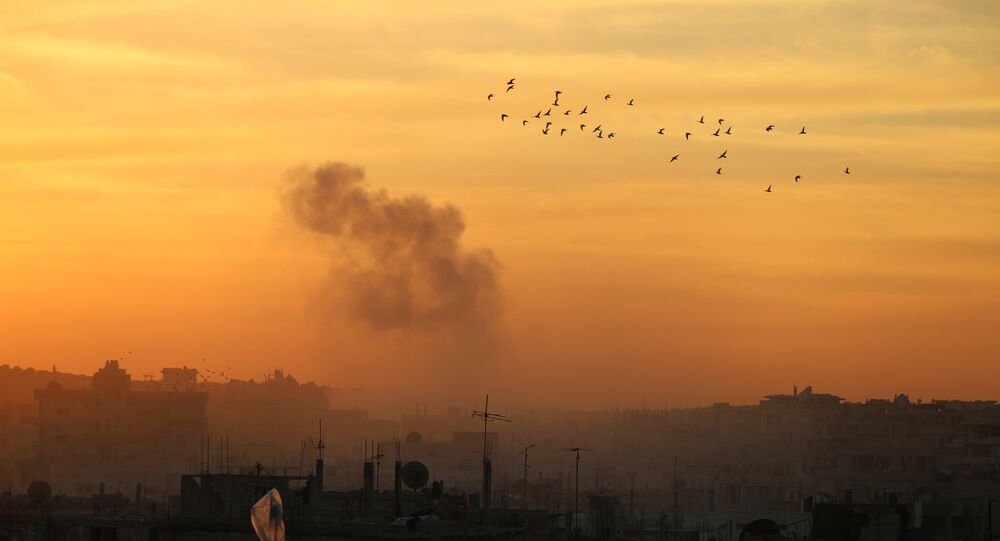 MOSCOW (Sputnik) - Militants shelled settlements in the Syrian provinces of Aleppo, Idlib and Latakia 30 times over the past 24 hours, the head of the Russian centre for Syrian reconciliation said on Monday.

The Russian centre for Syrian reconciliation said earlier that terrorist groups continue boosting their presence in the south of the Idlib de-escalation zone in Syria, having recently dispatched there about 470 militants and additional military hardware.

The report comes after Damascus announced on Monday that it would be resuming military operations in the provinces of Idlib and Hama, citing terrorist refusals to observe the ceasefire deal that went into effect on 1 August, by launching several attacks on civilians in nearby areas.

In September 2018, Russian President Vladimir Putin and Turkish President Recep Tayyip Erdogan agreed to set up a demilitarized zone in Idlib along the contact line between the armed opposition and government forces during talks in the Russian resort city of Sochi. The withdrawal of heavy weaponry operated by militants is also part of the agreement.

Meanwhile, Russia carries out humanitarian operations across the country on a regular basis and helps Damascus in providing safe passage for returning Syrian refugees. Russia, Turkey and Iran are the guarantors of the ceasefire in the conflict-ravaged Syria.