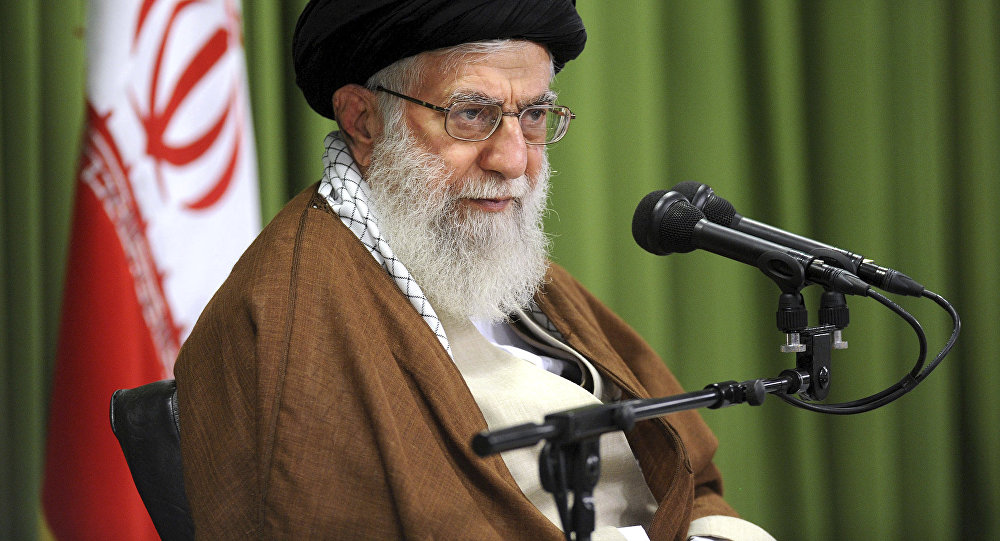 While the Trump administration hasn't yet revealed its peace plan for the resolution of the Israeli-Palestinian conflict in full, some political forces, including among the Palestinians, have already expressed scepticism about its prospects and potential impact on resolving the dispute.

Iran's Supreme Leader Ayatollah Ali Khamenei has called on every country to resist the implementation of the US-devised "deal of the century" peace plan, lambasting it as not respecting the rights and interests of the Palestinians in his annual Hajj address.

"We are inviting everyone to actively participate in defeating the enemy's ploy and deception and believe that with the power and strength from God, this and all other ploys of the imperialist front is doomed to failure vis-a-vis the efforts and faith of the resistance front", he said.

Khamenei further slammed the deal as a plot targeting not just the Palestinians, but which has ramifications for everyone.

"The ploy of the 'deal of the century' which is being plotted by the oppressive America and its treasonous cohorts is a crime against human society, and not just the Palestinian nation", he said.

US President Donald Trump announced his peace plan for the resolution of the longstanding Israeli-Palestinian conflict as the "deal of the century", claiming that it would satisfy the interests of both sides. The details of the plan have not yet been unveiled in full, except for the economic part, which was recently presented by Trump's adviser Jared Kushner, who was responsible for devising it.

The plan has been received with some apprehension, as some Middle Eastern politicians, including in the West Bank and Gaza Strip, fear that the US might simply try to bribe the Palestinians without meeting any of their demands.

The Palestinian Authority and Hamas earlier discarded the US as a mediator in the peace process due to its alleged bias in favour of Israel following Washington's recognition of the Jewish state's claims to Jerusalem.