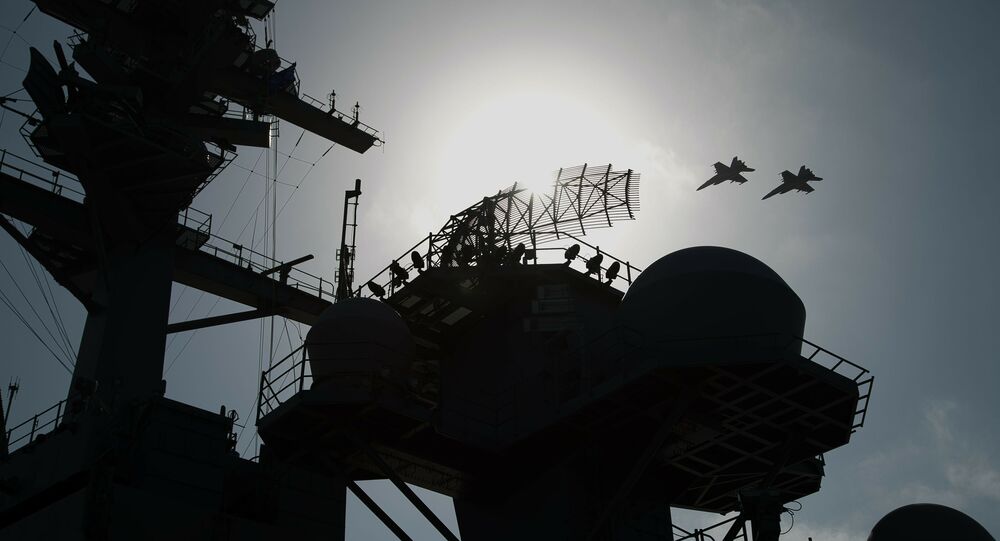 MOSCOW (Sputnik) - The US Maritime Administration (MARAD) has recommended that US-flagged commercial vessels provide information on their routes through the Strait of Hormuz and Persian Gulf to the US and British navies.

"To afford best protection in the region, U.S. flagged commercial vessels are encouraged to ... provide transit plans for the Strait of Hormuz (SoH) and Persian Gulf (PG) to UKMTO [the United Kingdom Maritime Trade Office] and U.S. Fifth Fleet NCAGS via a single e-mail, including the time of entering/exiting the SoH Traffic Separation Scheme, an outline of the navigation plan for operating in the SoH and PG, and speed restrictions or other constraints," MARAD said in an advisory that would be in effect through February 3, 2020.

The notification comes amid escalation of tensions in the Gulf region. In July, the Iranian Islamic Revolutionary Guard Corps seized the UK-flagged Stena Impero oil tanker in the Strait of Hormuz over an alleged breach of international maritime regulations. The move came two weeks after Iran's own Grace 1 oil tanker had been seized by UK marines over an alleged violation of EU anti-Syria sanctions.

On Wednesday, the UK Foreign Office said that they joined the United States in a new international maritime security mission to guarantee the safe passage of merchant vessels through the Strait of Hormuz.

Earlier, US announced that it was looking to put together a coalition to help the US Navy “secure” the Strait of Hormuz and “fight Iranian aggression” after a series of attacks against oil tankers off the Emirati coast and in the Gulf of Oman which the US blamed on Iran.

In turn. Tehran has accused Washington of trying to destabilise the region.