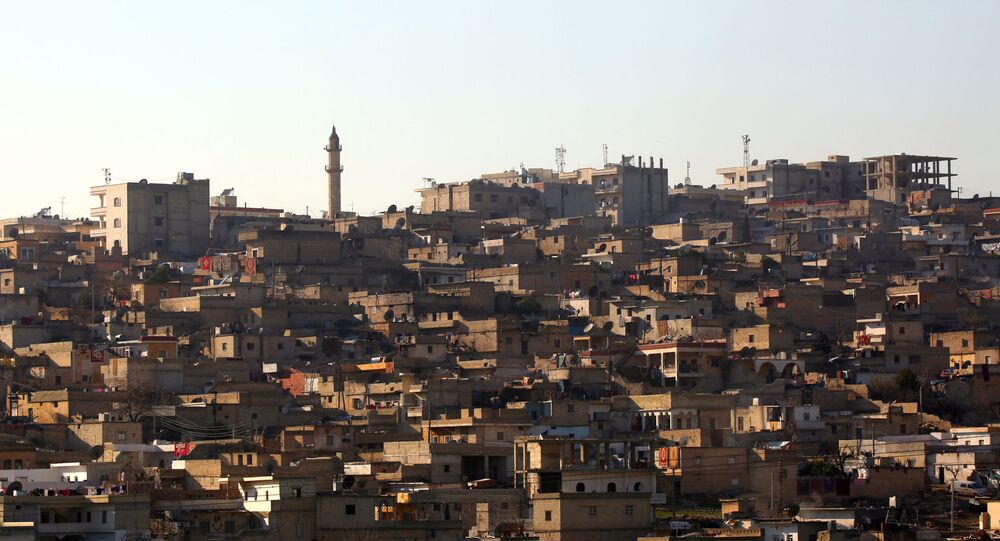 Earlier, the Turkish Defence Ministry said in a statement that Ankara and Washington had agreed to create a centre to coordinate joint operations and the formation of a 'safe zone' in northern Syria.

Damascus has lashed out at a US-Turkish deal to establish a safe zone in northern Syria, which the Syrian government said rides roughshod over the country’s sovereignty and territorial integrity.

The source also argued that “Syria's Kurds, who have accepted to become a tool in this aggressive US-Turkish project, bear a historical responsibility in this regard.”

The Syrian Foreign Ministry also slammed the deal as “a gross violation of the sovereignty and territorial integrity of Syria”, which violates the principles of international law and the UN charter. According to the Ministry, the deal represents "a dangerous escalation and a threat to peace and stability" in the area.

The statement comes after Turkish and US officials clinched a deal on Wednesday to establish a “joint operations centre” aimed  at creating a safe zone in northern Syria to grapple with tensions between Turkey and a US-backed Kurdish militia.

“The talks that took place in the Turkish Defence Ministry on 5-7 August with US military representatives regarding the planned safe zone in the north of Syria in coordination with the United States have been completed. During the talks, the sides agreed to take measures as soon as possible to eliminate Turkey’s concerns about its national security,” the Turkish Defence Ministry said in a statement.

Turkish President Recep Tayyip Erdogan, for his part, welcomed the agreement, saying that “it was important that a step be taken east of the Euphrates [River] and this is being taken together with the Americans”.

Earlier, Erdogan said that he had notified Russia and the US about his plans to launch an operation in Syria in the east of the Euphrates River. He, however, did not reveal any other details about the upcoming operations, including the date of its start.

In 2018, Turkey led Operation Olive Branch to take over the predominantly-Kurdish district of Afrin in northern Syria. In March this year, Ankara announced an operation against the Kurdistan Workers' Party (PKK), designated by Ankara as a terrorist organisation, in northern Iraq.