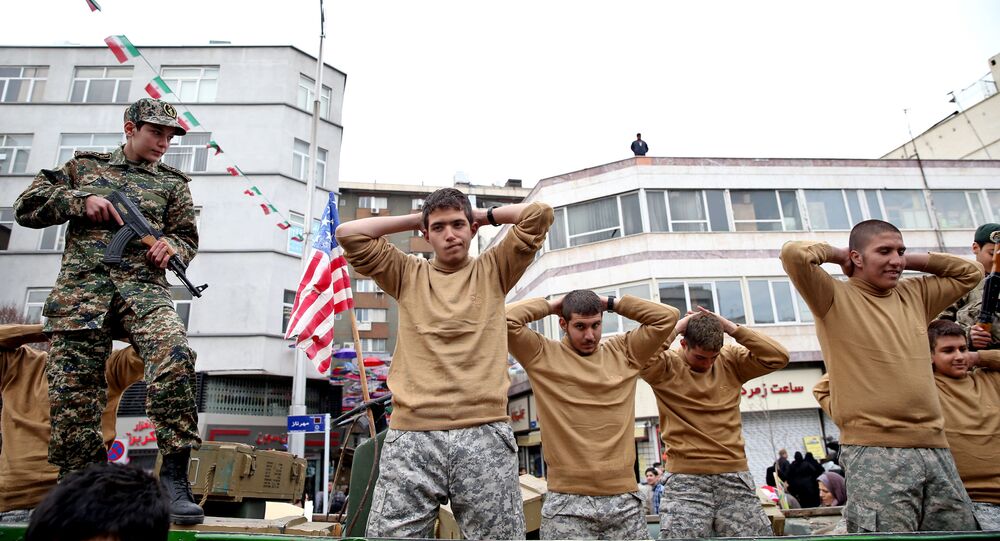 On Monday, London announced that it would be joining the US-led maritime mission in the Persian Gulf, in spite of the UK’s earlier promises to forge ahead with a ‘European-led’ security coalition instead.

The US has lost every confrontation it has had with the Islamic Revolutionary Guard Corps’ naval forces in the past four decades, Rear Admiral Ali Fadavi, deputy commander of the IRGC, has boasted.

“Americans have always been the ultimate and full-scale losers in all their encounters with the Islamic Revolutionary Guard Corps’ Navy, and the most notable cases of their defeats were on April 14, 1988, and January 12, 2016, before their drone was shot down on June 20” of this year, Fadavi said, his comments quoted by Fars.

The other two dates, April 14, 1988 and January 12, 2016, were apparent references to ‘Operation Praying Mantis’, a US Navy mission targeting oil platforms in Iranian territorial waters, which saw a US frigate damaged by an Iranian mine and sparked one of the largest US naval skirmishes since WWII, and a 2016 naval encounter which led to the capture ten US sailors by Iran after their vessel ‘accidentally strayed’ into Iranian waters.

© CC0
Damaged by a mine in the Persian Gulf, the guided missile frigate USS Samuel B. Roberts is transported by MV Mighty Servant 2 from Dubai to Newport, Rhode Island

On June 20, 2019, a $220 million US spy drone was shot down by the IRGC’s air defence troops after flying into Iranian airspace, with the incident bringing the two countries to the brink of war.

US, UK Have No Business in the Gulf - Iran Navy Chief

Separately, Iranian Navy Commander Rear Admiral Hossein Khanzadi slammed US and UK-led efforts to establish a ‘maritime coalition’ in the Persian Gulf, calling the countries’ actions a “show staged by imperialist countries, headed by the US and the UK." According to Khanzadi, their efforts were “a big lie and a deceitful trick to project the Persian Gulf region as insecure.”

“This is while the region is totally safe and secure and their efforts to frame the region as insecure [are] useless,” Khanzadi stressed.

On Monday, UK Secretary of State for Defence Ben Wallace announced that London would be joining the US-led maritime mission in the Persian Gulf, despite London’s commitments under the 2015 Iran nuclear deal not to join the US in its “maximum pressure” strategy against Iran.

Reacting to Wallace’s announcement, German Foreign Minister Heiko Maas reiterated Berlin’s preference for a European coalition, and stressed that Germany would not be joining a US-led mission in the Strait of Hormuz anytime soon.

Previously, the US and the UK had proposed separate coalitions in a bid to ‘ensure the freedom of navigation’ in the Gulf, with Washington expressing frustration with its European allies over their lack of support for the US-led scheme. Instead, the UK had planned its own European-led effort, which Germany and France expressed an interest in. Iran, meanwhile, urged all foreign powers to give up on their Gulf ‘maritime security’ efforts, saying the waters were secure, and vowing to “protect” its “1,500 miles of Persian Gulf coastline” and the surrounding waters. Last week, US Vice Admiral Michael Gilday indicated that the US would prefer to see US allies do “80 or 90 percent” of the work in the Gulf, and “a much smaller US effort.”

An estimated one third of all sea-bound oil supplies flow through the Strait of Hormuz daily, with the strategic sea passage sandwiched between Iran, the United Arab Emirates and Musandam, an exclave of Oman. In mid-May and mid-June, several tankers in the Gulf and the Sea of Oman were sabotaged, with the US immediately blaming Iran, and Tehran denying the claims and accusing the US and its regional allies of exacerbating tensions. Last month, Iran seized a British-flagged tanker in the Strait of Hormuz over its alleged unsafe behaviour. That incident prompted the UK to propose its maritime mission.