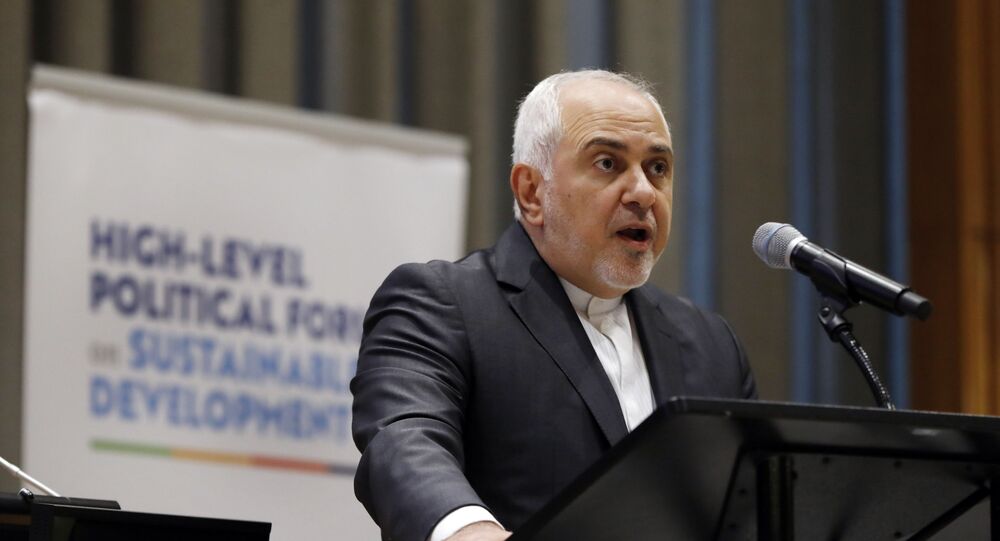 Iranian Foreign Minister Mohammad Javad Zarif said Monday that he was sanctioned by the United States after refusing to visit the White House for talks earlier in July.

Zarif said in his twitter account that sanctions against him are an “example of US tactics” aimed towards “Iran’s submission.”

I also said that while @realdonaldtrump may want photo op, the US isn't interested in talks; rather, Iran's submission. That will never happen.

An example of US tactics: Threatening to designate somebody in two weeks unless he accepts your invitation to chat in the Oval Office.

Sanctions against Zarif were announced by the Trump Administration last week. The Treasury Department said in a statement that it imposed sanctions on Zarif because he "acted or purported to act for or on behalf of, directly or indirectly, the Supreme Leader of the Islamic Republic of Iran." The sanctions aim to freeze all of Zarif’s US assets and prohibit any US person or entity from dealings with him.

The escalation of tensions between the two countries started on 8 May 2018, when US President Donald Trump unilaterally withdrew Washington from the 2015 Iran nuclear deal, also known as the Joint Comprehensive Plan of Action (JCPOA).

Washington has subsequently subjected almost all major economic sectors of Iran to sanctions, vowing to drive Iranian oil exports to zero and demanding that other countries cease all oil purchases from Iran.