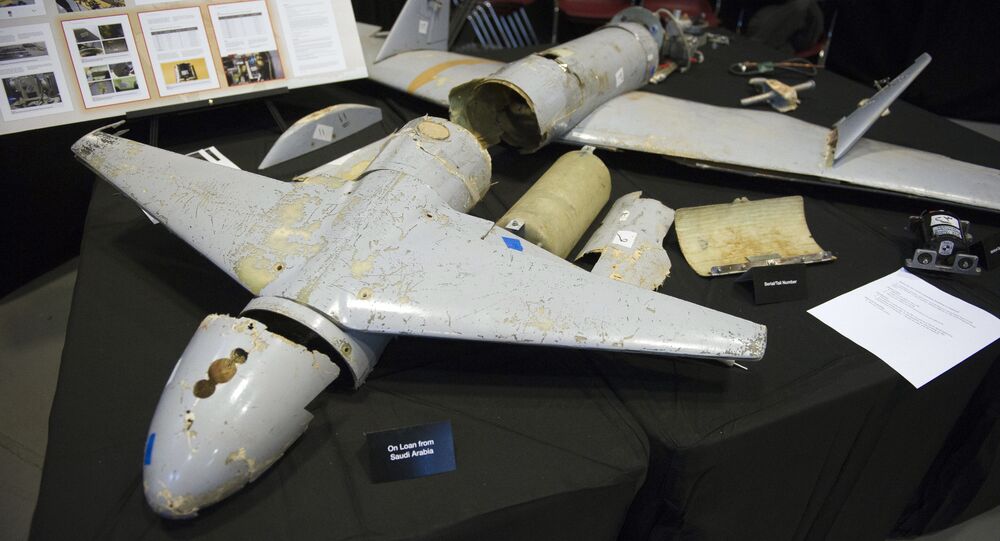 According to the militia commander, the Najran airport attack involved the first combat deployment of the Qasef-2K (‘Striker-2K’) drone, and prompted air traffic at the airport to come to a halt. Flights out of Abha International Airport were also suspended, the military spokesman claimed.

Saree said Monday’s drone attacks were a response to some 21 Saudi coalition airstrikes in Yemen over the past two days.

Later Monday, the Saudi Press Agency reported, citing a coalition spokesman, that the Saudi Air Force and the Air Defence Forces had shot down Houthi drones flying toward the Saudi airports along the Yemeni border.

Houthi militants have repeatedly targeted military and civilian targets across the border in southern Saudi Arabia in recent months, targeting everything from airports and air bases to Patriot missile batteries, power stations, and other targets. Militia from the war-torn country have also repeatedly targeted Saudi, coalition and US aircraft and drones flying over Yemen, with the Pentagon claiming recently that the Houthis had received “Iranian assistance” in improving their missile capabilities. Tehran has denied these claims, pointing to the naval blockade which has been in place against the southern Arabian country since 2015.

Last month, the Houthis showed off an arsenal of newly-developed domestically-built drones and missiles, boasting that the arms would give them more firepower to challenge the Saudi-led coalition.

Saudi Arabia and a coalition of mostly Gulf States began a military intervention in Yemen in March 2015, at the request of President Abd Rabbuh Mansur Hadi, who fled the country in 2014 after being ousted by the Houthis.

In late 2018, the parties to the conflict met face-to-face in Stockholm, Sweden for a meeting organised by the United Nations to try to organise a ceasefire, ensure an exchange of prisoners and the opening of humanitarian corridors. According to the UN, the conflict in Yemen has caused a massive humanitarian crisis in the country, including the death of over 60,000 Yemenis. Hundreds of Saudis have also reportedly been killed in the cross-border clashes.