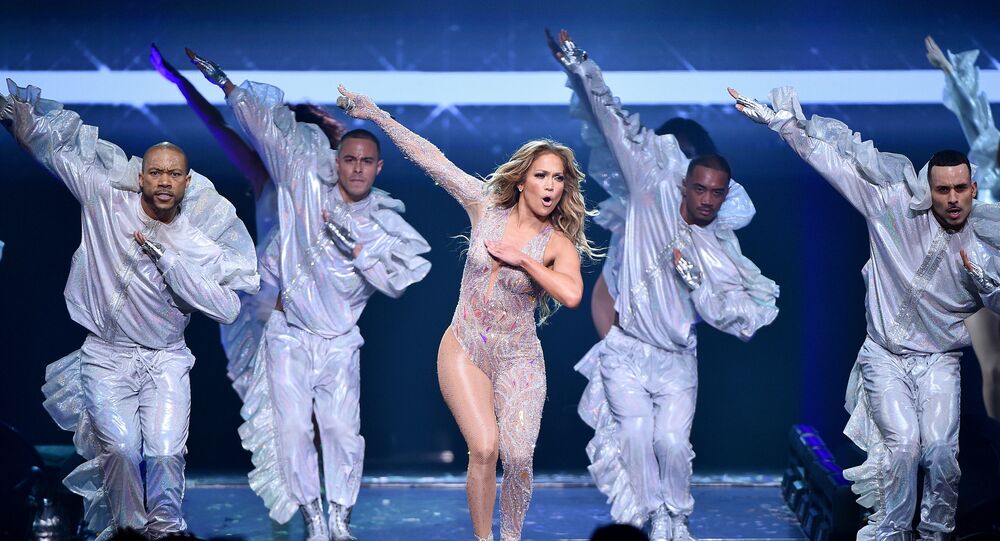 JLo is by far not the first singer to have come under pressure from the group Boycott, Divestment and Sanctions to cancel a performance in Israel, but unlike most of her colleagues she resisted those calls.

Despite calls to cancel her 1 August show in Tel Aviv as part of the "It's My Party" international tour, Jennifer Lopez decided to proceed with her concert, marking the first time she's performed in Israel.

The "Love Don't Cost a Thing" singer performed in front of an ecstatic crowd, which numbered around 57,000, at Park Hayarkon, Tel Aviv's main outdoor arena, and was tirelessly cheering the audience:

"Tel Aviv! How are you feeling? Did you come to party? Did you get an invite? Don't know if you heard, but it's my birthday and we're gonna celebrate together", she shouted. "It’s my birthday party and I have rules: You need to dance, have fun and party! There are three things I don’t mess around with: Family, party and money!”

​According to The Jerusalem Post, a Palestinian group, "Boycott! Supporting the Palestinian BDS call from within", sent the pop diva a letter on 5 July, urging her to call off the performance in Israel, claiming that Tel Aviv is "used as a tool for marketing the State of Israel as a 'cool' and 'cultured' democracry, while hiding a brutal history of colonisation, even that of the city itself".

JLo's manager, however, told Israel's Channel 12 that "nothing was going to stop" her and her team from going ahead with the concert in Israel.

Many admired the "Jenny from the Block" singer for steering clear of politics and not caving to the BDS pressure to scrub the show:

“There was nothing that was going to stop us from being in Israel” - Benny Medina, Jennifer Lopez’s long time manager.

For months, the #antisemitic BDS movmement was harassing J Lo and her team about performing in Israel.

The hate movement of BDS and their twisted mind set of supporters worldwide will never contaminated everyone will hate!! Welcome to Israel Jennifer Lopez!!

Others blasted her decision: for instance, a Code Pink petition, "JLo don't go to apartheid Israel", has amassed nearly 5,000 signatures.

The 50-year-old bombshell, who arrived in Israel on Wednesday together with her fiancé, baseball superstar Alex Rodriguez, and her two children, hasn't publicly commented on the backlash, but said that she was "super excited" to be in Tel Aviv for the first time in an interview ahead of the concert.

Lopez is not the only artist to have faced pressure from BDS: American singer Lana Del Rey was forced to pull out of the Israeli music festival Meteor last year, following Lorde, who decided not to perform in Israel after receiving a letter from fans that her concert would "send the wrong message".

Several prominent bands, Radiohead and Bon Jovi, refused to bow to the pressure, and just like JLo went ahead with their concerts in Tel Aviv.

BDS, which is deemed as anti-Semitic by many, is a global movement that encourages boycotts and other means of pressure against Israel to make the country abide by international law in its dealings with Palestinians.