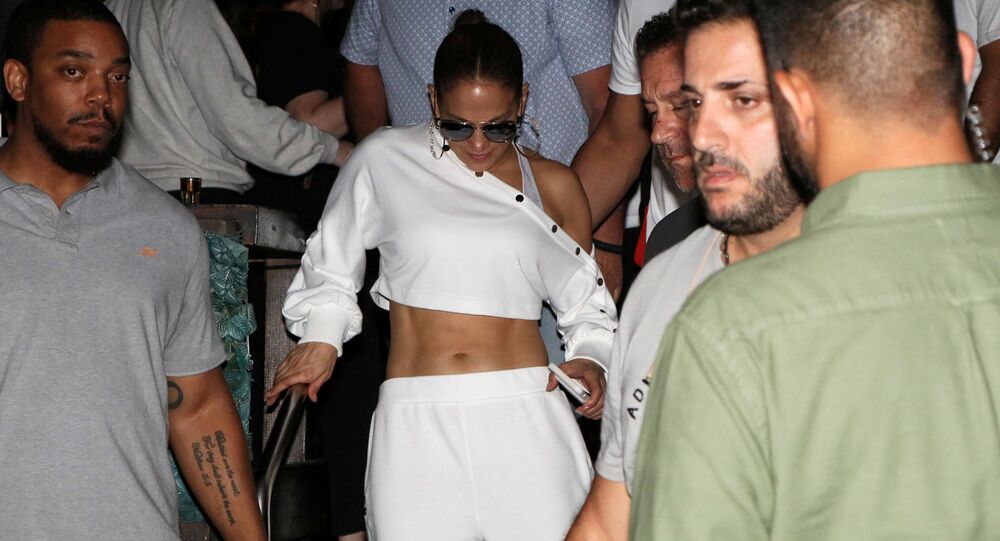 The BDS group reportedly wrote a letter to the singer ahead of the Israeli leg of her international tour, urging the star to boycott Israel over its standoff with the Palestinians in the West Bank.

Pop star and actress Jennifer Lopez is preparing to go on stage in Israel, where she arrived Wednesday accompanied by her fiancé, baseball ace Alex Rodriguez, for her 1 August concert in Tel Aviv as part of  the “It’s My Party” tour, despite calls from a Palestinian pro-BDS (Boycott, Divestment and Sanctions) group to cancel it.

Both Lopez and her better half, who travelled to Tel Aviv together with Lo’s two children and a 100-person entourage including dancers and sound technicians, expressed excitement about being in Israel on Instagram, with J-Lo exclaiming in the caption to a sun-kissed beach selfie: “The mother land Israel!!! First time here. I'm in love!!"

Lo’s manager Benny Medina told Israel’s Channel 12 that “nothing was going to stop” them from performing in Israel, when asked about the BDS movement attempting to disrupt the singer’s schedule.

The Jerusalem Post reported that a Palestinian group called “Boycott! Supporting the Palestinian BDS call from within” sent Lopez a letter on 5 July urging the star to boycott Israel in line with their campaign, stressing that “Tel Aviv is used as a tool for marketing the State of Israel as a ‘cool’ and ‘cultured’ democracy, while hiding a brutal history of colonization, even that of the city itself”.

However, J-Lo seems to not be the only performer to resist the BDS groups’ pressure: on 25 July, prominent the rock band Bon Jovi also performed in Tel Aviv despite BDS calls.

“We don’t get into politics. Rock ‘n’ roll goes everywhere and helps people forget about the world and have a good time. It doesn’t divide, and that’s what we’re talking about – unification, not dividing”, Bon Jovi keyboardist David Bryan told the Jerusalem Post.

The Boycott, Divestment and Sanctions movement, which is viewed by many, including Canadian Prime Minister Justin Trudeau as anti-Semitic, seeks to subject Israel to political and economic pressure in retaliation for alleged human rights abuses. In 2004, a group of Palestinian luminaries launched a campaign advocating a boycott of academic and cultural ties with Israel specifically to stop what they described as the oppression of Palestinians by the Jewish state.