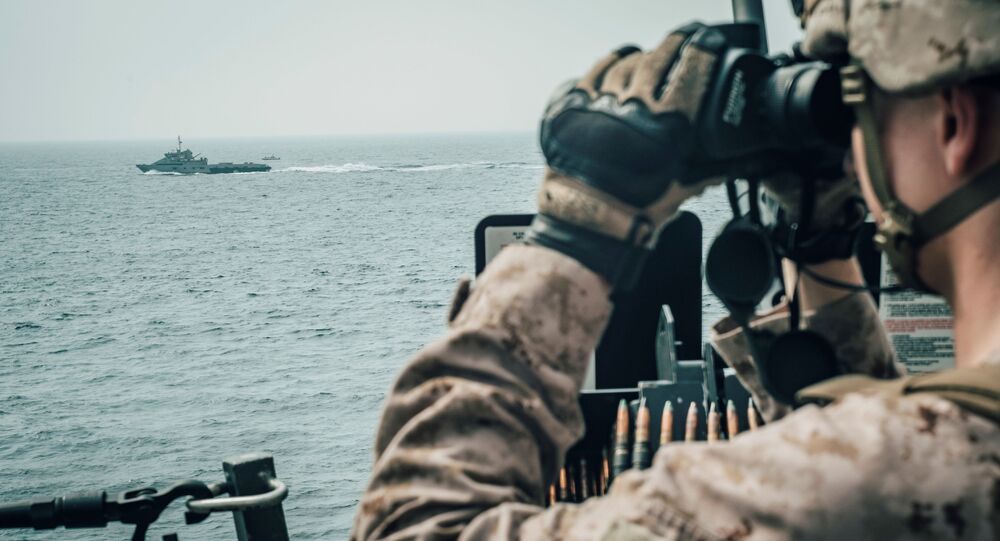 Last week, the US announced that it was looking to put together a coalition to help the US Navy “secure” the Strait of Hormuz and “fight Iranian aggression” after a series of attacks against oil tankers off the Emirati coast and in the Gulf of Oman which the US blamed on Iran. Tehran has accused Washington of trying to destabilise the region.

Vice Admiral Michael Gilday, Director of the Joint Staff, and nominee to become the Navy’s top admiral, says the US must let its allies do most of the work of the ‘international maritime security framework’ Washington is attempting to set up in the Persian Gulf region, The Hill has reported.

“The coalition that we’re building in the Arabian Gulf and specifically in the Strait of Hormuz is going to be 80 or 90 percent a coalition effort and a much smaller US effort,” Gilday said, speaking to members of the Senate Armed Services Committee on Wednesday, and using the less commonly used name for the Persian Gulf.

“It is primarily focused on providing intelligence support to the rest of the coalition,” the vice admiral added. “So we will escort our ships as they come along, but we won’t be there in great numbers. The idea is for the regional partners to bear the lion’s share of the burden,” he said.

Earlier, Washington’s senior European partners Germany, the UK and France expressed hesitation in supporting the US-led maritime security operation, citing their commitments under the Iran nuclear deal and their opposition to the US policy of “maximum pressure” against Iran.

On Wednesday, Germany said that while it was not ruling out a ‘protective naval mission’ in the region, it prefers the idea of a European-led coalition to the US plans.

Also Wednesday, NATO Secretary General Jens Stoltenberg said the alliance has not received any official request to take part in any security missions in the Strait of Hormuz.

The UK announced a “European-led maritime protection mission” separate to the US proposal last week, saying it would be charged with supporting the “safe passage of both crew and cargo” through the Persian Gulf following the July 20 seizure of a UK-flagged tanker off the coast of Iran. Denmark, the Netherlands, and Italy have also reportedly expressed interest in London's proposal.

The US had previously invited Germany, France, the UK, Australia, Japan, Norway, Belgium, South Korea and other countries to join its coalition. On Wednesday, a Belgian lawmaker tweeted that Brussels was considering the idea. Earlier, Japan promised to “listen carefully” to the US proposal, but refrained from committing, with Prime Minister Shinzo Abe citing Tokyo’s “friendly ties with Iran.”

Iran has warned both the US and the UK against moving forward with their coalition plans, and has vowed to “protect” its “1,500 miles of Persian Gulf coastline” and the surrounding waters.

An estimated one third of all sea-bound oil supplies in the world pass through the Strait of Hormuz each day, with the sea passage sandwiched between Iran, the United Arab Emirates and Musandam, an exclave of Oman. The strait is just 39 km wide at some points, making it a key strategic chokepoint for global energy supplies.