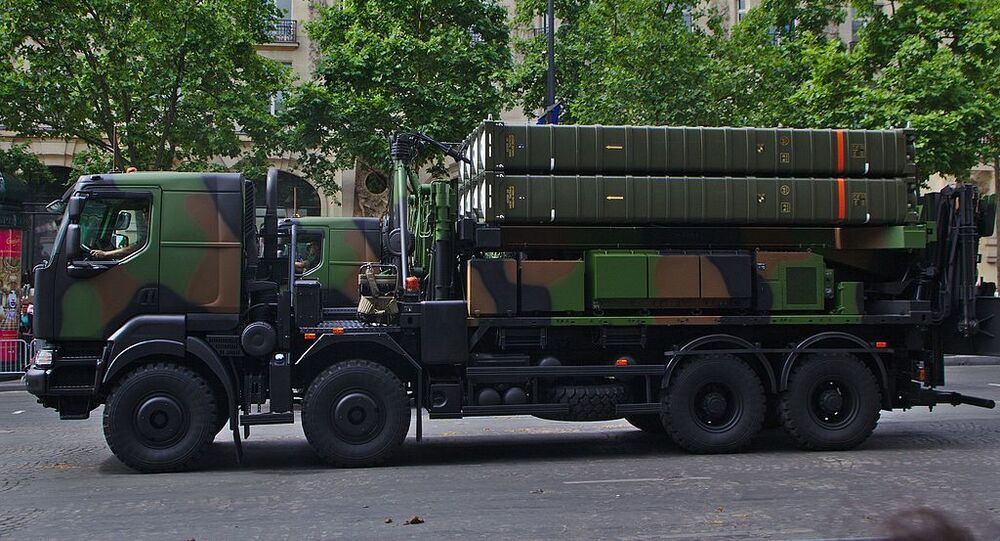 Turkey adhered to the contract with Russia on S-400 procurements despite the intense pressure from Washington to drop it. Still, Turkey hasn't abandoned plans to acquire European and US-made air defences at the same time.

Turkish Defence Minister Hulusi Akar announced the country's intent to negotiate a deal on SAMP/Ts deployment with France on 22 May, noting that the initiative came from Paris.

"France suggested deploying a squadron of SAMP/T in Turkey. Currently, in Incirlik, there is a Spanish squadron of Patriot missile systems and an Italian battery of SAMP/Ts in Kahramanmaras. France proposed looking at these two places as possible deployment [locations] for its systems", he said.

Notably, Russia has just finished shipping the first portion of S-400 air defence systems to Turkey under the contract, which was inked in December 2017. The US pressured Turkey hard to drop the deal, citing alleged incompatibility of S-400s with NATO systems and their threat to F-35 jets, ordered by Ankara.

Turkey offered Washington to create a working group to address the concerns, but the US never accepted the offer. Instead, the White House decided to suspend Turkey's participation in the F-35 programme, in Which Ankara heavily invested, and threatened the country with sanctions.

Turkish President Recep Tayyip Erdogan said that Ankara chose S-400s because Russia offered a better deal than the US, but noted that the country is still willing to buy Patriots from Washington.