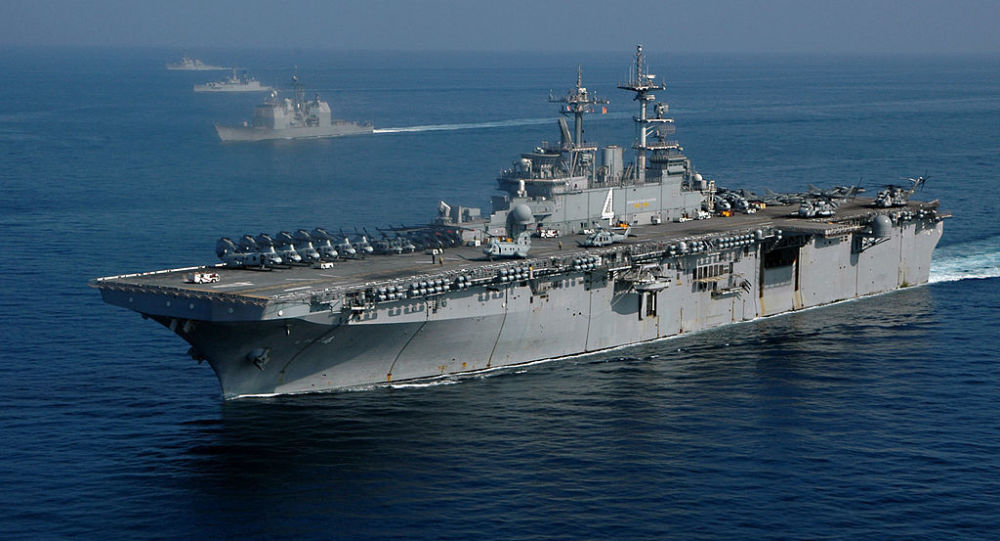 Last week US officials claimed that one of its ships downed at least one Iranian drone on 18 July, after the aircraft allegedly came dangerously close to the vessel, sailing through the Strait of Hormuz. Iran denies losing any drones and released footage from one of them to prove their point.

American amphibious assault ship, the USS Boxer, has docked in Khalifa bin Salman Port in Bahrain after sailing through the Strait of Hormuz and Persian Gulf, Stars and Stripes reported. Its 2,000-strong crew will reportedly be resting ashore after their last cruise.

The US command didn't specify the cause and the length of the ship's stay in the port, but the docking came less than a week after Washington claimed that the ship had downed one or two Iranian drones on 18 July. US President Donald Trump alleged that they were shot down by the USS Boxer after the UAVs had flown "within a threatening range" of the ship. He also vowed that any other Iranian drone would be similarly downed if it flies too close to American vessels. 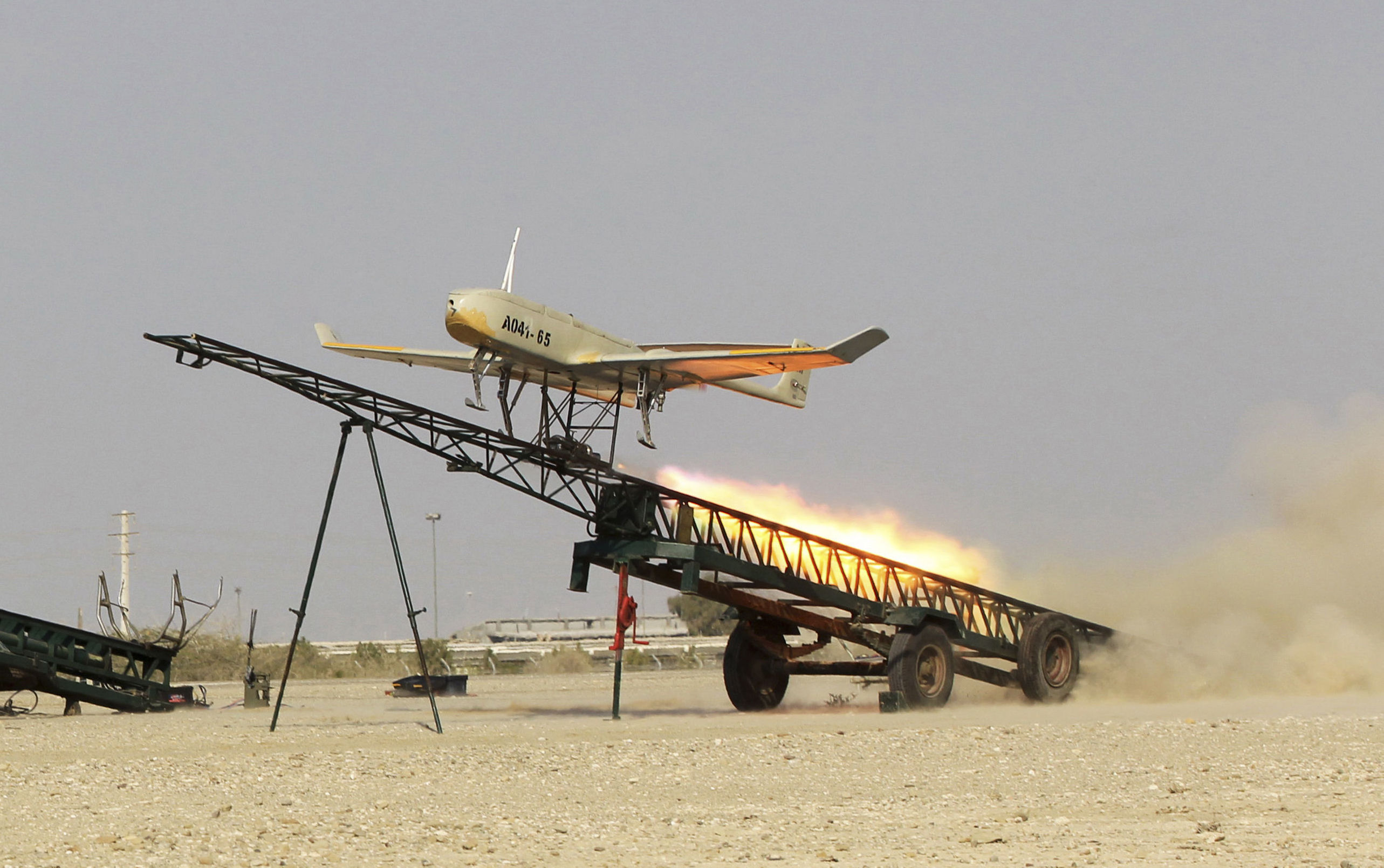 © AP Photo / Chavosh Homavandi
FILE - In this file picture released by Jamejam Online Dec. 25, 2014, an Iranian made drone is launched during a military drill in Jask port, southern Iran

Tehran denies losing a drone and released footage from one of them, showing the USS Boxer from above, as proof. Iran also pointed out that the US had failed to present any evidence substantiating its claims.

The US originally claimed that it downed only one drone, but later changed to saying that it believes that the USS Boxer could have also shot down another Iranian UAV an hour later since it disappeared from radars. 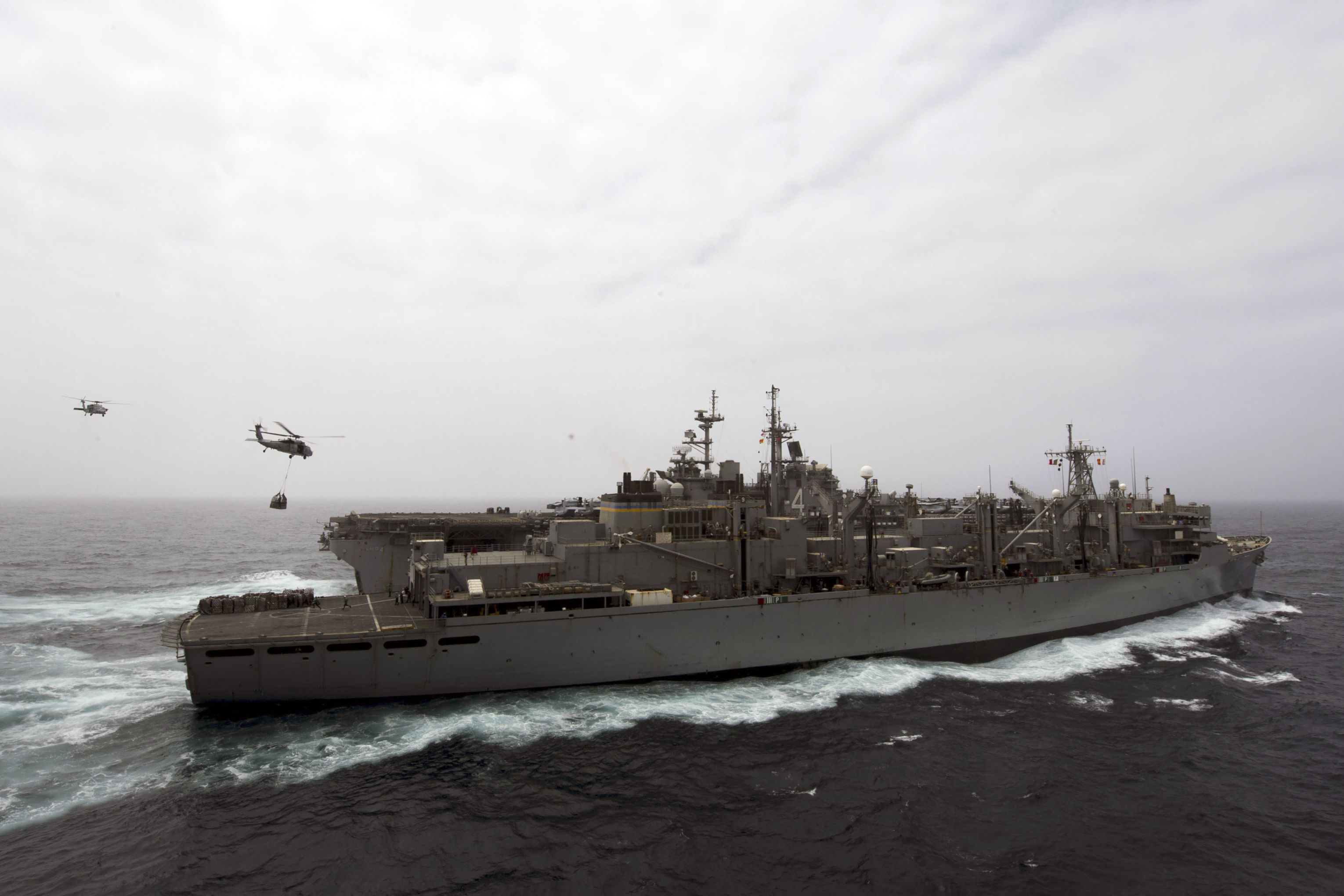 Media reports claim the assault ship used an electronic warfare device called Light Marine Air Defence Integrated System (LMADIS) to down the drone. According to USNI News, it was the first combat use of the system.

Tensions between Iran and the US have been escalating with Washington building up its military presence in the region, sending additional troops, strategic bombers, drones, Patriot missiles and even an aircraft carrier strike group there. The latest escalation took place after an American drone was shot down by Iranian air defence systems in June. Tehran said that the aircraft had violated the country's borders and ignored warnings, while Washington claims the UAV was flying above neutral waters.