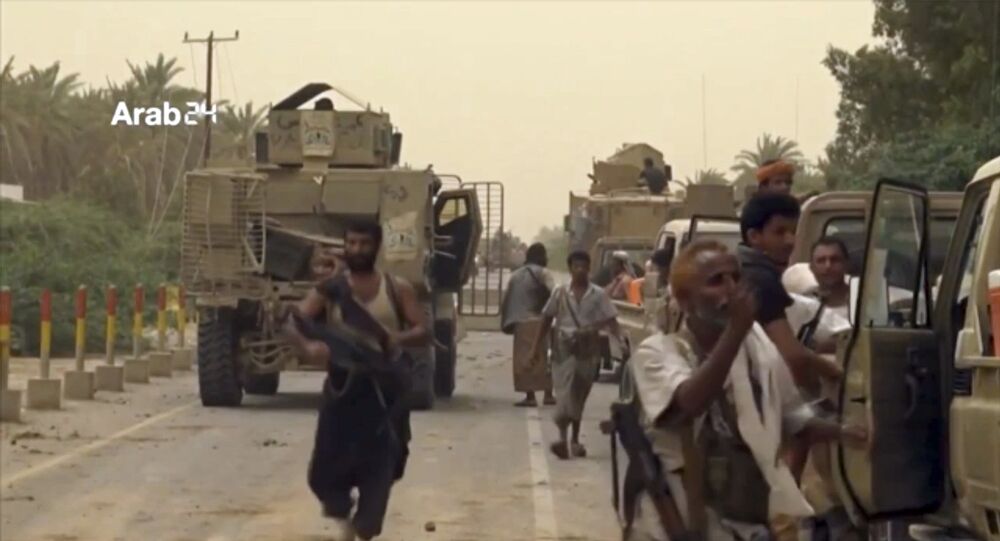 A floating terminal with over a million barrels of oil docked near the Houthi-controlled coast of war-torn Yemen has been decaying for several years, according to experts. It is feared that toxic gases released from it could result in an explosion and an oil spill covering thousands of square kilometres, killing maritime life in the area.

The United Nations has expressed alarm over the abandoned Safer FSO (which stands for floating storage and offloading) tanker, left unattended off the war-torn Yemeni coast of Al Hudaydah and eroding since 2015, CNBC reports. The UN warned that the vessel, believed to hold 1.14 million barrels of oil, could explode or be torn apart, releasing the crude into the environment, which could result in it becoming one of the worst such man-made disasters.

The platform was earlier branded a “massive floating bomb” in the Red Sea by the NATO-linked US think tank the Atlantic Council. They predicted that volatile gases released from the storage tank in the corrosive maritime environment could lead to a blast.

At the same time, UN officials are said to be blocked from the vessel despite the potential danger and cannot inspect the situation or do anything to avert a possible catastrophe.

Although the Houthi authorities that control the area where the tanker is anchored reportedly requested help and promised to assist in 2018, UN Undersecretary-General for Humanitarian Affairs Matt Lowcock recently revealed to the Security Council that access continues to be delayed.

“If the tanker ruptures or explodes, we could see the coastline polluted all along the Red Sea. Depending on the time of year and water currents, the spill could reach from Bab el Mandeb to the Suez Canal — and potentially as far as the Strait of Hormuz”, Lowcock said, as cited by the US broadcaster, pointing at the potentially disastrous impact on the environment, regional shipping, and the global economy.

Meanwhile, the Saudi-backed Yemeni government has raised alarm that the Safer FSO could explode, triggering an environmental disaster that could be greater than the Exxon Valez oil spill in 1989.

The ongoing conflict between the Houthis and the Yemini government, backed by Saudi Arabia and the UN, is said to have complicated the issue, with both sides pointing the finger at the other. The Houthis are reportedly ready to allow inspectors to assess the situation on condition that they receive the profit from selling the oil on board the Safer FSO tanker, which is estimated to be worth more than $70 million.

Yemen has been suffering from a military conflict and related humanitarian crisis for several years. It began when Houthi rebels from the country’s north drove the government from power in a protracted mass upheaval between September 2014 and March 2015.