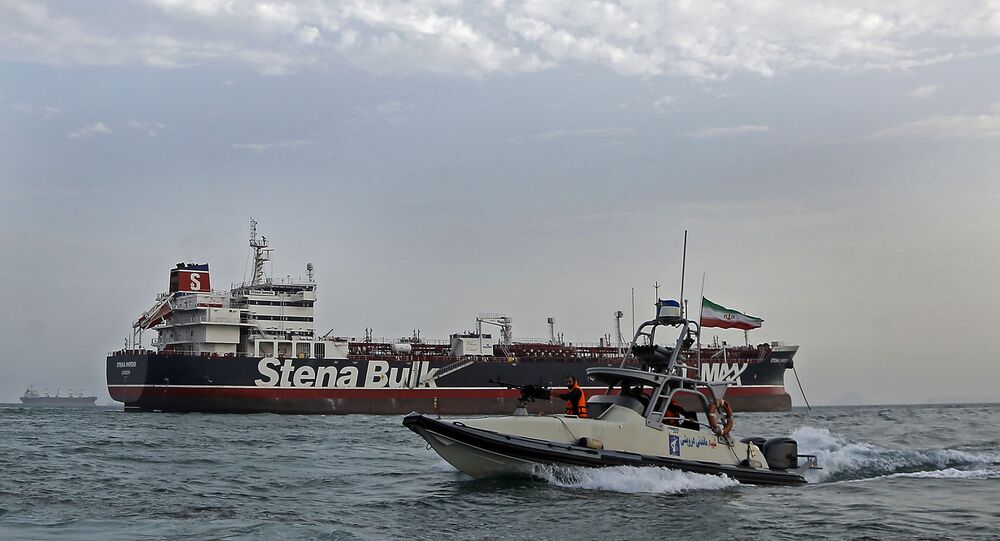 Last week, Iran stated that it had seized British-flagged oil tanker the Stena Impero in the Strait of Hormuz over what Tehran describes as a breach of international maritime regulations.

Iranian outlet Tasnim reported on Wednesday, citing the head of the Supreme Leader's office, that the UK had sent mediators to Iran in a bid to free the seized UK-flagged vessel.

"A country that at one time appointed ministers and lawyers in Iran has reached a point where they send a mediator and plead for their ship to be freed", Mohammadi-Golpayegani said, as quoted by Tasnim.

At the same time, Reuters reported, citing a diplomatic source that Britain has not sent any representatives as mediators to Iran.

On 19 July, the Iranian military announced that it had seized a British-flagged oil tanker, the Stena Impero, in the Strait of Hormuz over an alleged breach of international maritime regulations.

The vessel, with 23 crewmembers, including three Russian nationals, has been guided to the port of Bandar Abbas. Although the tanker's crew has reportedly been out of contact, Iran claims that they are safe and that the tanker is docked in the port.

The incident occurred on the same day as a court in Gibraltar announced that an Iranian tanker, the Grace 1, would be detained for 30 more days. The tanker was seized on 4 July as, according to Gibraltar's authorities, it was suspected of transporting oil to Syria in breach of EU sanctions. Iranian Foreign Minister Javad Zarif has described the seizure as "piracy".