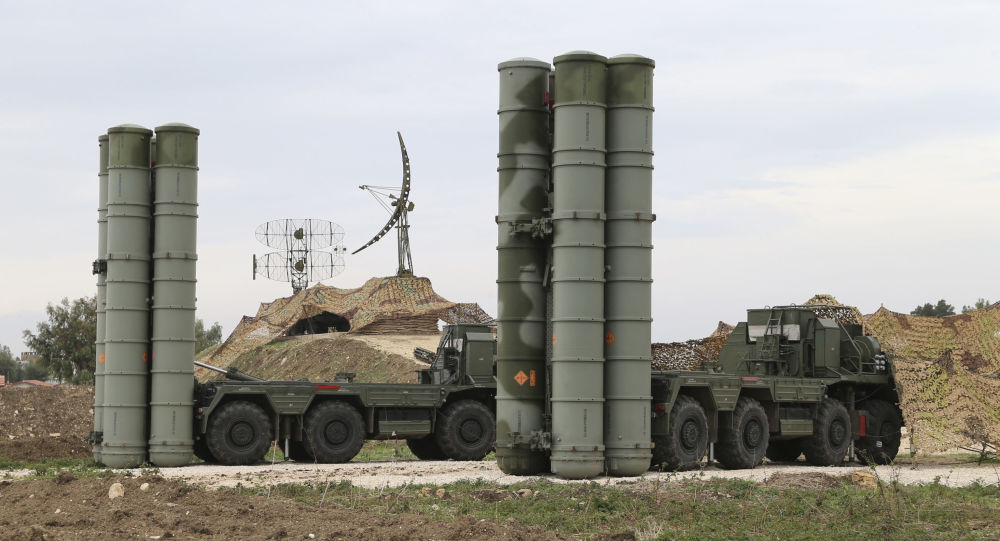 WASHINGTON (Sputnik) - President Donald Trump must impose sanctions on Ankara for accepting Russian S-400 defence systems or US measures against Moscow will suffer, top Democrats on the Senate Foreign Relations Committee said in a letter.

Earlier in the day, the US president met with dozens of Republican senators in the White House to discuss the possibility of imposing sanctions on Turkey. Trump last week said his administration would not sell F-35 stealth fighters to Turkey but stopped short of announcing sanctions under a 2017 law that penalizes dealings with the Russian military.

"We believe that a strong response to Turkish President Erdogan’s acceptance of the Russian S400 air defence system must be delivered because, without decisive action by the United States, our position in NATO and the strength of our sanctions regime on Russia will suffer," US Senators Mike Menendez and Chris Murphy said in a letter to Trump on Tuesday that was signed by eight other Democrats.

The lawmakers called on the administration to live up to its vow to impose sanctions on Ankara.

The senators also said they hope Turkey can reorient itself to "being a bridge between the East and West and return to being a constructive member of NATO that respects human rights and democratic principles."

In addition, the Democrats blasted Trump for not inviting them to his meeting with Republicans about the sanctions on Turkey.

"As members of the Senate Foreign Relations Committee, we are writing to express our disappointment that your administration has decided not to engage with Democratic Senators with respect to the mandatory legal requirement that sanctions be imposed on Turkey in response to its purchase of the Russian S400 Air defence system. We understand you are meeting exclusively with Republican Senators to discuss the Administration’s response to this unprecedented development which has raised bipartisan concern," the senators added.

The Sunshine State News reported earlier that US Republican Senator Rick Scott ahead of the White House meeting said he wanted to propose a resolution that calls on the United States and its allies "to discuss the future role of Turkey in NATO given its engagement with Russia."

The Turkish Foreign Ministry condemned the US move to eject Ankara from the F-35 program as a "mistake" that might cause irreparable damage to bilateral relations. According to Ankara, the United States' claims that S-400 is incompatible with NATO's air defence systems and might compromise operations of the F-35 are groundless.