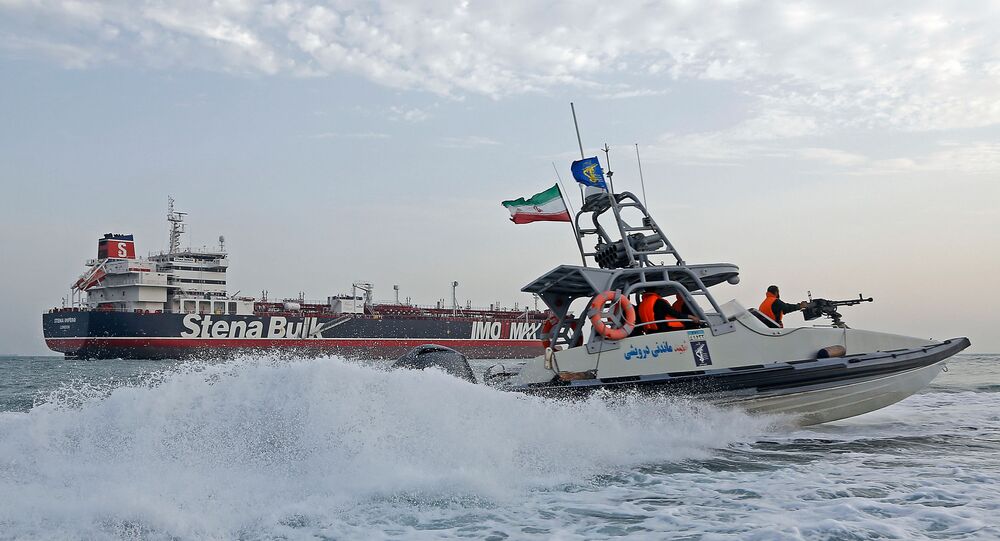 The ship, whose seizure has caused a major diplomatic spat in an already-volatile region, is currently docked in a southern Iranian port. Tehran is conducting a probe into the incident, saying that the tanker had violated maritime regulations.

Footage from the main deck of the British-flagged tanker seized by Iran appears to show an Iranian flag being flown over the vessel.

The clip appears to have been filmed in the port of Bandar Abbas in Hozmogan Province in southern Iran.

Iranian media have previously shared video footage showing the Revolutionary Guards commandos rappelling onto the tanker from a helicopter.

The Stena Impero was impounded by Iranian forces on Friday night; according to Tehran’s twitter account; the ship had collided with an Iranian fishing boat and failed to respond to attempts to establish communication with it.

The HMS Montrose, a British Type 23 frigate, was dispatched to protect the tanker but arrived a little too late.

A purported audio has emerged of Iranians promising to the Stena Impero crew that they will be safe if they alter the course, but HMS Montrose told the tanker: “I reiterate, that as you are conducting transit passage in a recognised international strait, under international law your passage must not be impaired, impeded, obstructed or hampered.”

The 23-strong crew of the tanker, mostly Indian, is said to be “safe and in good health” in the port, while an investigation into the incident is underway.

While Iran explained that it seized the Stena Impero for the alleged violation of maritime law, it explicitly linked the move with the detention of super tanker Grace 1 by the Royal Navy off Gibraltar two weeks ago.

The Grace 1 is suspected of illegally transporting Iranian oil to the sanctions-hit Syria; Iran denies this and calls on the UK, which governs Gibraltar, to release the ship.

Britain on Sunday reported Iran to the United Nations, saying that the Stena had been impounded in Omani territorial waters and that it is 'contrary to international law'.